Even if Doing a Good Job, Women CEOs More Likely to be Fired

Women CEOs are much more likely than male CEOs to be dismissed, even when the women are performing well, according to research from The University of Alabama.

The racial disparity in incarceration in state prisons between black and white American men declined between 1995 and 2014, but black Americans are still imprisoned at a high rate, according to recent research from...

A research unit at The University of Alabama’s Culverhouse College of Business received an approximate $1 million grant from the Justice Department to develop a data-driven tool to help officials better understand the scope...

Though employees may like their work to cater to their individual preferences, they are predictably more satisfied when the organizational culture matches a set of widely preferred characteristics that provide a fair, supportive and...

John List, who is globally recognized for his innovative use of field experiments in economics and business, will give a talk on campus Oct. 12 as part of the Lowder Lecture Series.

Researchers at The University of Alabama are bringing together their expertise in geography, modeling and criminal activity to better understand how enforcement activity influences drug trafficking in Central America.

UA will Lease Space at GulfQuest in Mobile

A new University of Alabama office in Mobile will serve as a nexus for research and programmatic initiatives that will benefit the region, primarily in the area of transportation. 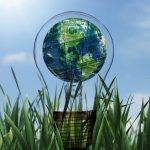 Renewable energy is clean, ecologically responsible and sustainable, unlike energy dependent on fossil fuels. But, for companies in the United States, renewable energy needs to also be a viable business venture. Fortunately, it is. 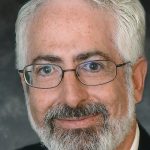 Steven Polunsky, a transportation policy expert with more than 25 years of experience, will lead the Transportation Policy Research Center at The University of Alabama.

Male and female CEOs are paid equally in corporate America, according to research by a team at The University of Alabama.

The time is right, it seems, for a renewed effort to understand autocratic leaders and their followers without resorting to methods that strip away assumptions of value to the characteristics of followers of autocratic...

Baldwin County’s rapid growth revealed in recent U.S. Census estimates is attributed to the quality of life it offers, according to a University of Alabama Center for Business and Economic Research representative. 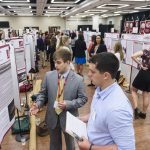 More than 450 undergraduate students at The University of Alabama are highlighting their research and creative projects during the Undergraduate Research and Creative Activity Conference March 28-30. 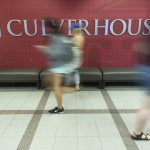 In a recently published white paper, a researcher at The University of Alabama examines the process Amazon used to narrow its large field of contenders for its second headquarters and its implications for other...