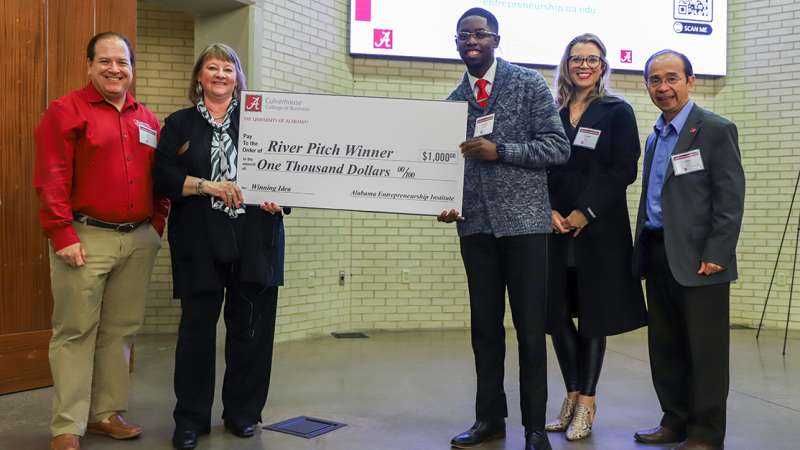 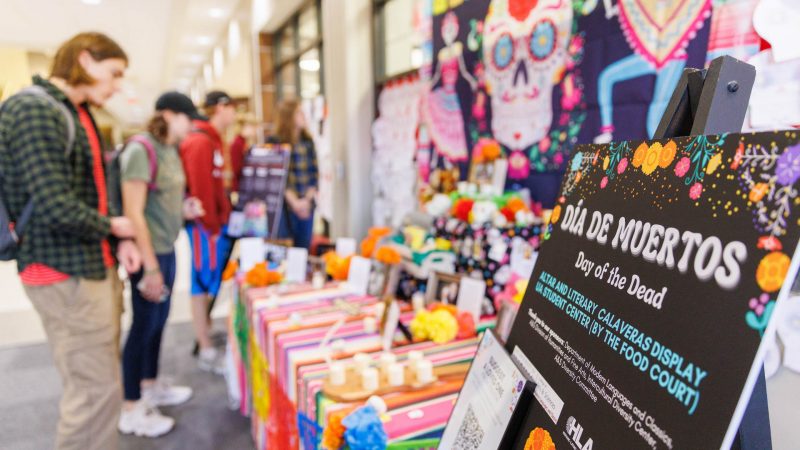 In celebration of Día de Muertos, a holiday celebrated in early November by people of Mexican heritage to honor and celebrate their ancestors, an altar and literary calaveras are on display at the UA Student Center through Nov. 8.

For the holiday, families create ofrendas, the Spanish word for offerings, a type of altar. These altars can vary by culture or family, but typically include marigolds, candles, photos of loved ones, and offerings of water and traditional dishes for the deceased. 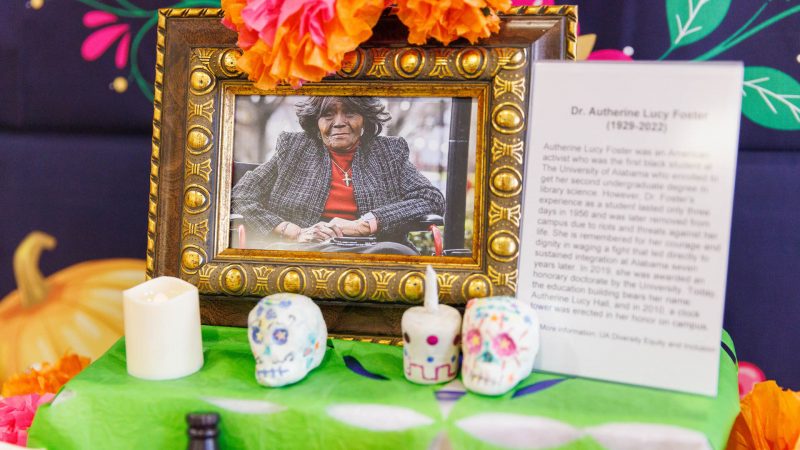 The Student Center altar includes photographs and mementos of individuals who were instrumental in UA’s history, including Dr. Autherine Lucy Foster. 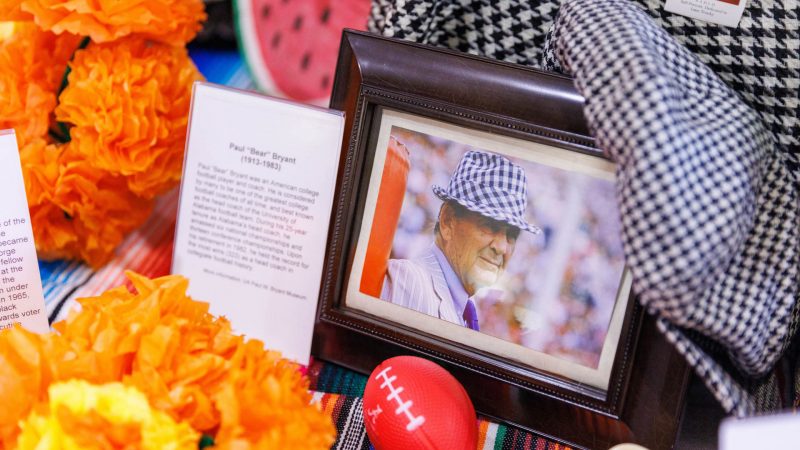 Legendary UA football coach Paul “Bear” Bryant is another one of the many individuals honored. 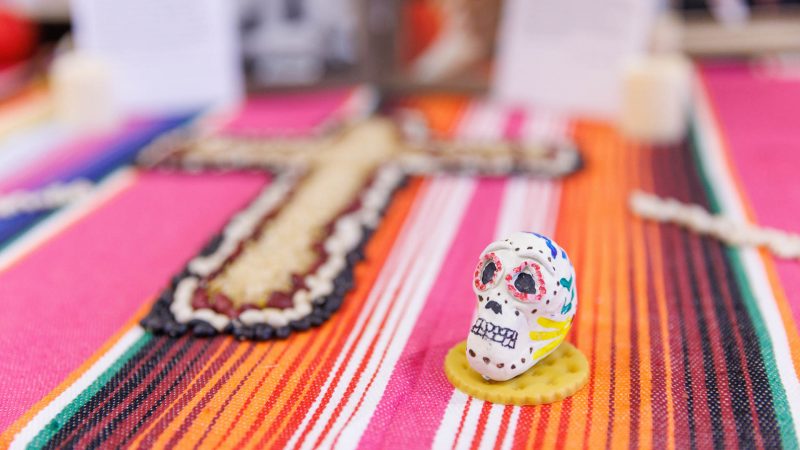 La calavera de azucar, or sugar skulls, are also commonly found on ofrendas. It is a festive symbol of sweetness and nostalgia that represents a departed soul. 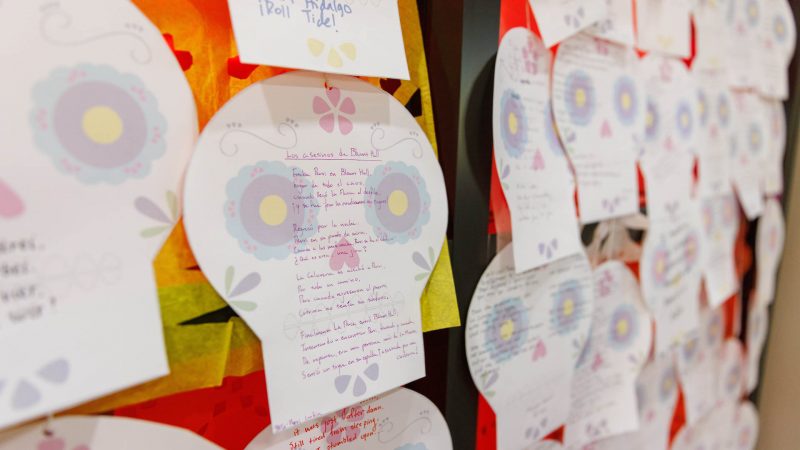 The literary calavera is a Mexican form of poetry that portrays people as if they were going through an imaginary encounter with death itself. These poems were written by students and professors of the department of modern languages and classics. 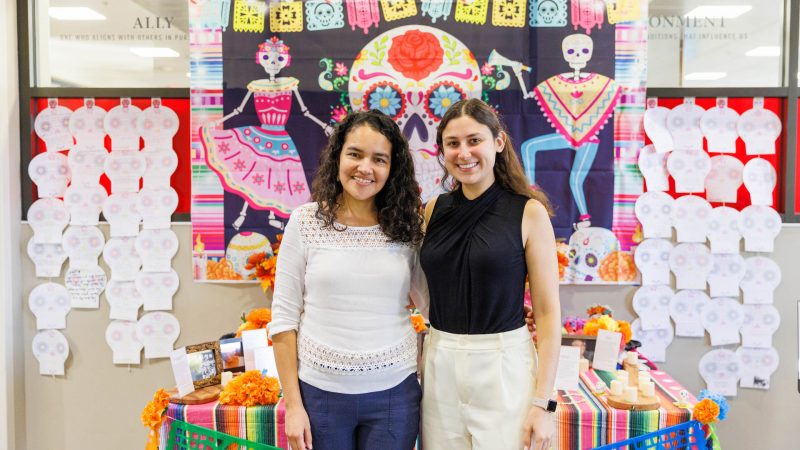 Dr. Yunuen Gómez Ocampo (left), instructor in the department of modern languages and classics, and Marcella Martinez, president of the Hispanic-Latino Association, led the project. The program was sponsored by the department of MLC along with the Intercultural Diversity Center, the Arts and Sciences Division of Humanities and Fine Arts, and the Arts and Sciences Diversity Committee. 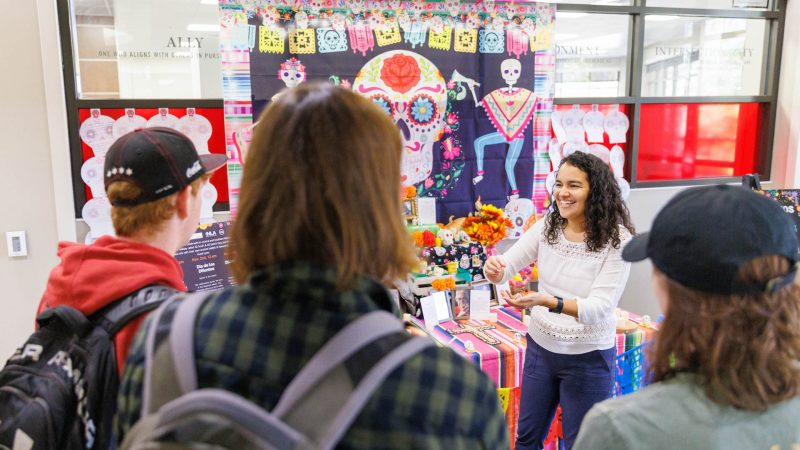 Members of the Hispanic-Latino Association and the Spanish Club collaborated in preparing the decorations for the display. 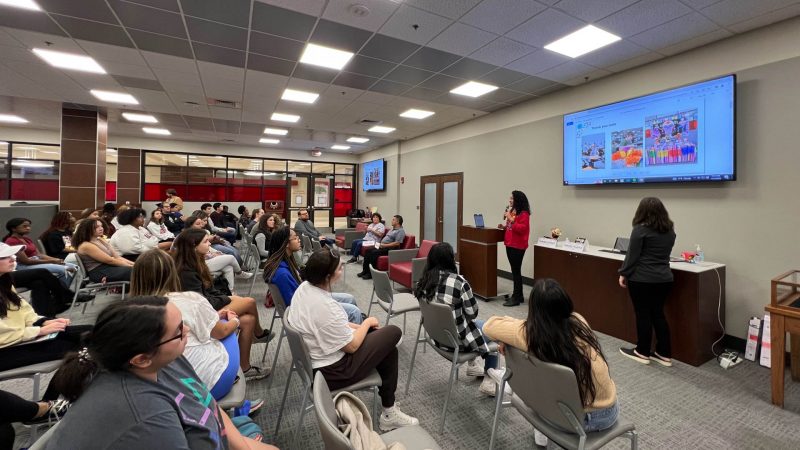 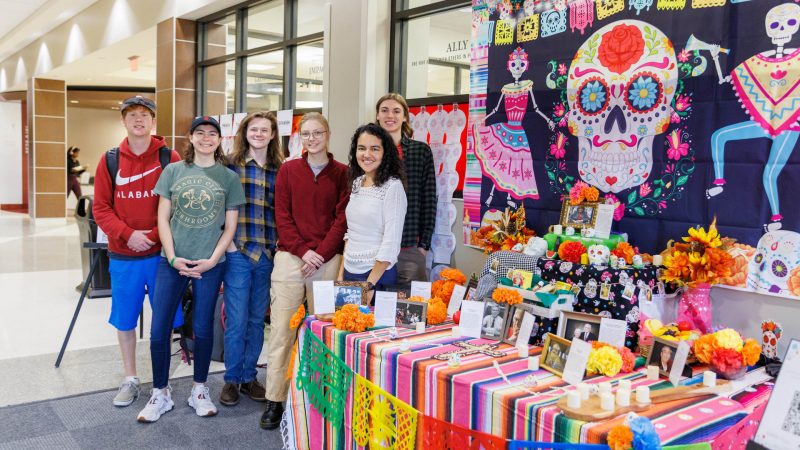 All are invited to stop by the altar and celebrate Día de Muertos.

An ofrenda featuring tributes to prominent UA figures along with poetry by UA students is on display at the Student Center through Nov. 8.

The five UA seniors are also currently working on an album. 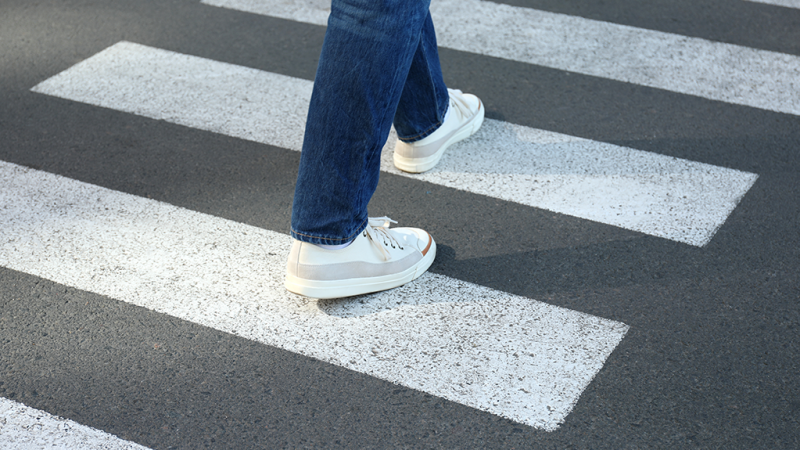 Why Did the Student Cross the Road? 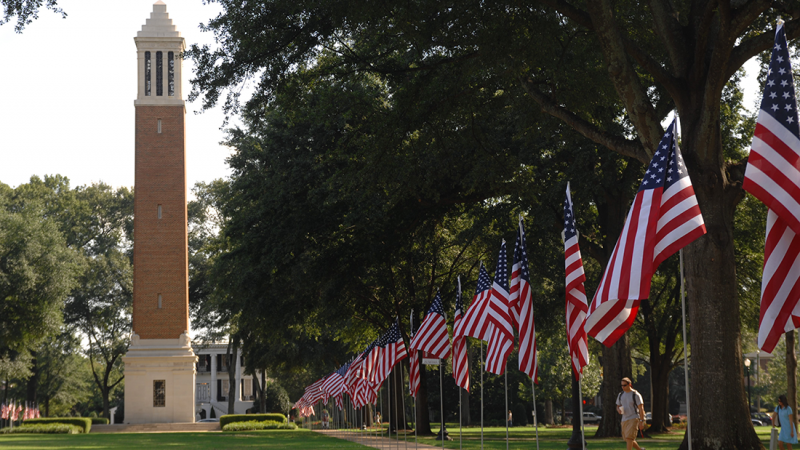 Celebrate Veterans Day this year with these special events going on around campus and in Tuscaloosa. 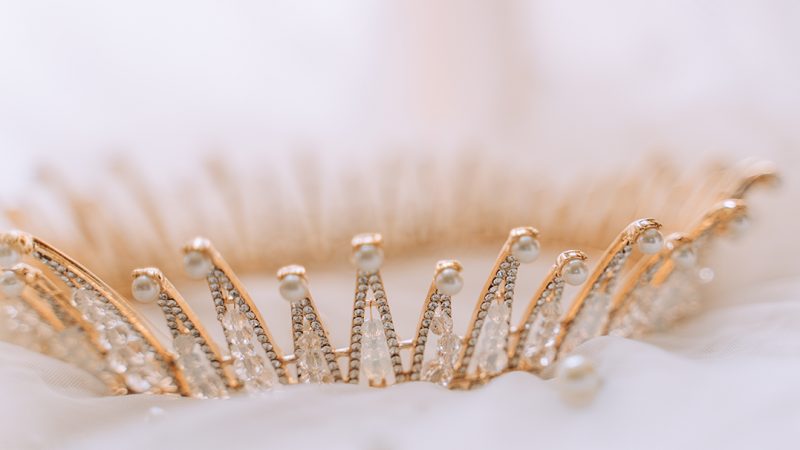 The 2022 Miss UA competition on Nov. 5 is an official preliminary to Miss Alabama and Miss America. 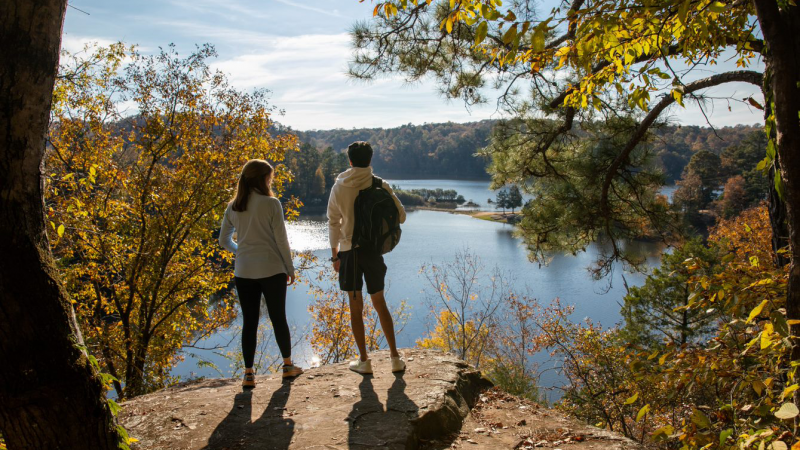 Say Yes to These November Events

The semester may be winding down, but there is still plenty to do this month. 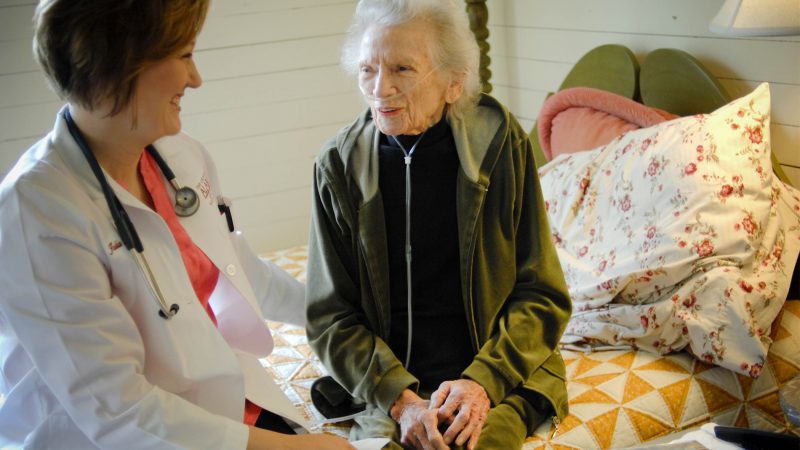 The UA College of Community Health Sciences is celebrating 50 years of expanding health care in rural areas of Alabama. 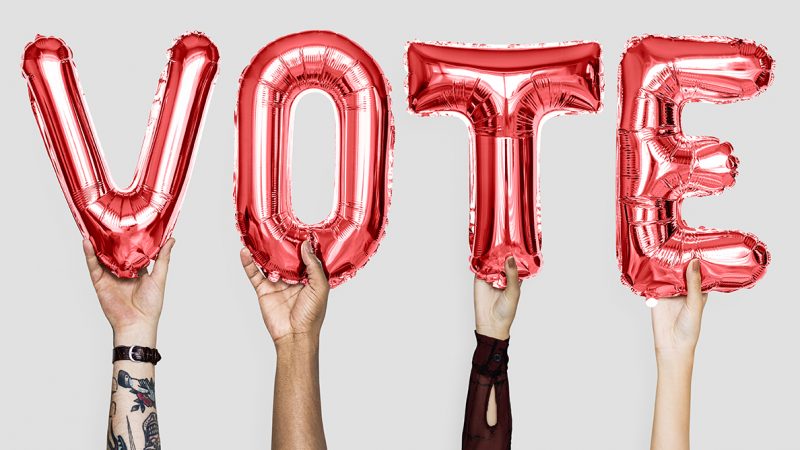 Maddie Minkoff and Sam Robson are gaining hands-on experience preparing to take their passions to the next level. 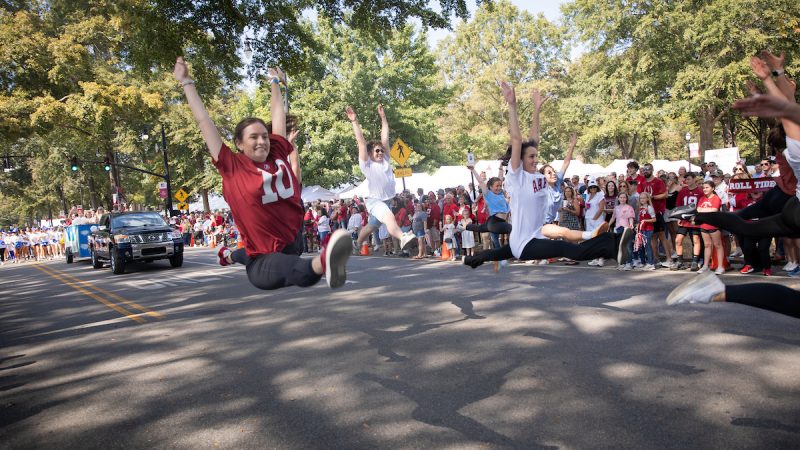 Relive the Legendary Moments of Homecoming 2022

There’s nothing like homecoming week at The University of Alabama.

Books for the Black Belt