A Century of Game Day Fashion

Through the 1920s, when most fans were faculty, staff or students, football games called for suits, ascots, ties or bowties, long skirts, dresses and furs. Now, enormous hats have been replaced by headbands, and leather is far more common than fur. Men in those days would still recognize the suits and ties worn by some of their modern counterparts, but wouldn’t understand socks adorned with the script A and … Spongebob?

Three couples wearing their finest as they travel to a game, 1898. Credit: The University of Alabama Libraries Special Collections 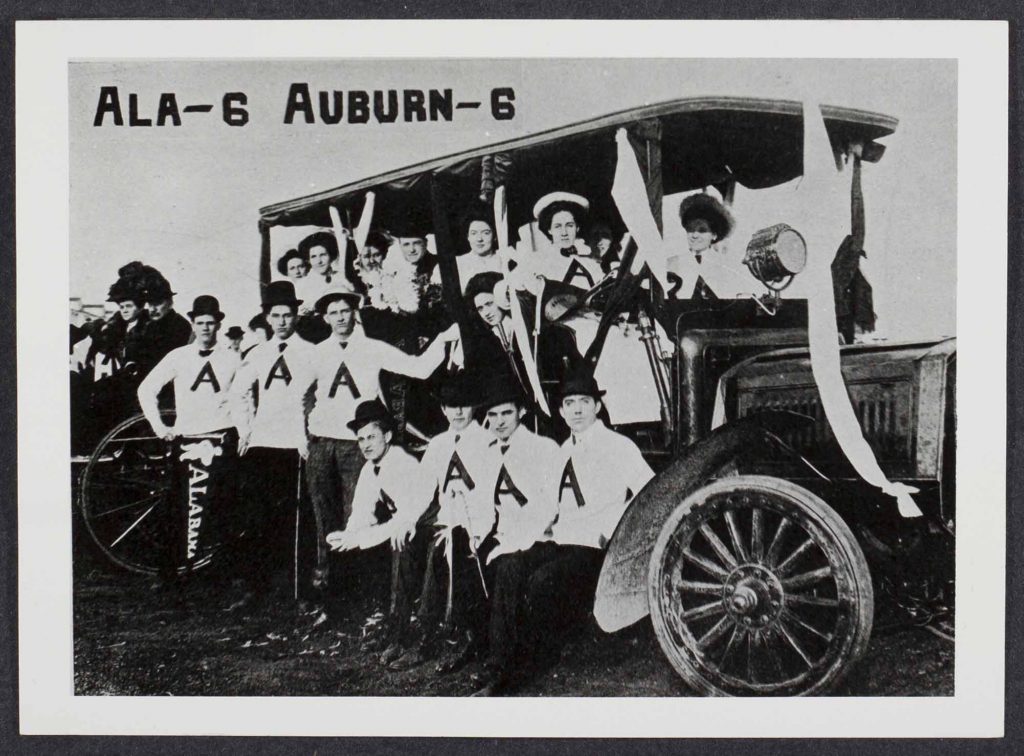 A few years later, 1907, with school sweaters and a jitney bus. Credit: The University of Alabama Libraries Special Collections

“Game Day apparel has always been reflective of the campus culture at the time it was worn,” said Paula Robinson, an instructor in the department of clothing, textiles and interior design and a UA alumna who has witnessed some of the fashion evolution.

From the 1950s to the 1970s, fashion embraced new synthetic fabrics: polyester, nylon and acetate. But a football game was still a big event, and dresses, suits and ties were still in style, though ties had gotten wider and skirts shorter, Robinson said.

“During the late 1970s and 1980s, when the production of blue jeans was at an all-time high and T-shirts entered the fashion scene, more casual dressing at athletic events naturally entered the picture,” she said. Alumni and fans were also attending games, and campus cultural expectations of what to wear didn’t extend to them. Comfort, especially for afternoon games played in hot weather, became key for many fans.

“Leggings for women have been in style since the early 80’s and for many are more important or as important as their blue jeans. The development of spandex fibers has created comfort in many garments that was certainly not there before,” Robinson said. It was also in the 1980s that houndstooth, the black and white pattern made popular by Coach Paul “Bear” Bryant, became an accent to traditional crimson and white themed outfits. Then, in 2010, UA unveiled its official tartan, We Are Crimson, which added another option to accessories.

Dress for the game, but also the pics

Today, campus culture includes social media presence. Morgan Keel, a senior from Grove Hill majoring in public relations, acknowledged that while comfort and team spirit are important, so is looking nice for photos that will go on social media sites. Dates often coordinate outfits, and while men may wear shorts instead of khakis and blazers, women still often sacrifice comfort for style, especially depending on the time of the game and the opponent.

“Night games are such an event. We do not get very many night games and the lights in the stadium make it even more fun. So, everyone wants to look their best. For an afternoon game, I am more likely to wear jeans and a jersey but for a night game I would not even consider jeans an option,” she said. The Iron Bowl and homecoming also call for more style.

Houndstooth clothing makes a statement, Keel said, but game day style and spirit go far beyond clothing or traditional accessories. “I have seen several women paint their nails in houndstooth and get the crimson hair. Those are the true Alabama fans.”

The University Supe Store is the logical place to pick up that No. 18 jersey, but browsing the racks and shelves quickly reveals there’s more to game day apparel. Crop tops and tie dye are popular. Buttons are big. The 1990s nostalgia craze explains the Spongebob and Ren and Stimpy socks, and for the fan who is all about fun, there are game day overalls.

Christina Givens, Supe Store senior buyer for licensed products, says in addition to students, the Supe Store caters to the needs of visitors, family members and local fans, and stocks accordingly. Older men still want crimson polo shirts in that comfortable cotton/spandex blend, while others may choose a sport coat lavishly embroidered in script As.

“Fleece is popular year-round, which you wouldn’t expect in Alabama,” she said. “But many visitors and students buy as gifts, to take back home with them, or to wear to later football games.”

Dates aren’t the only ones interested in matching outfits. Givens has seen an uptick in matching children/parent clothing. Game day has definitely become a family affair.

Supe Store shoppers want to be comfortable while showing team loyalty. This year, they also want fun after the isolation of the past year.

“Last year not many people were in stores. Those that were, mainly purchased what they or their students needed,” Givens said. “We’ve seen a definite increase in shoppers since A-Day. And the ones we see want a pick-me-up. They are ready to enjoy football season and have fun.” 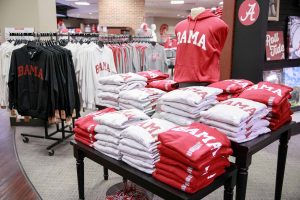 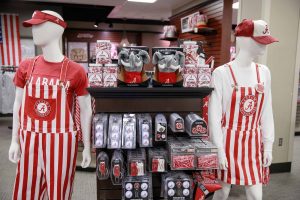 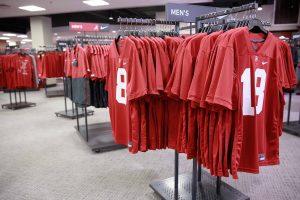 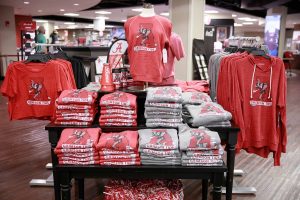 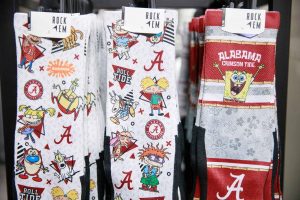 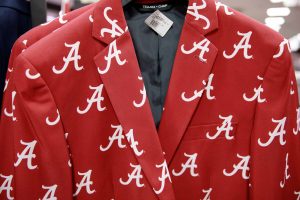 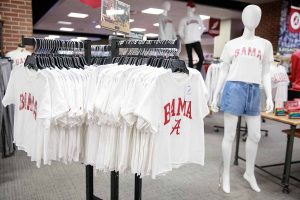