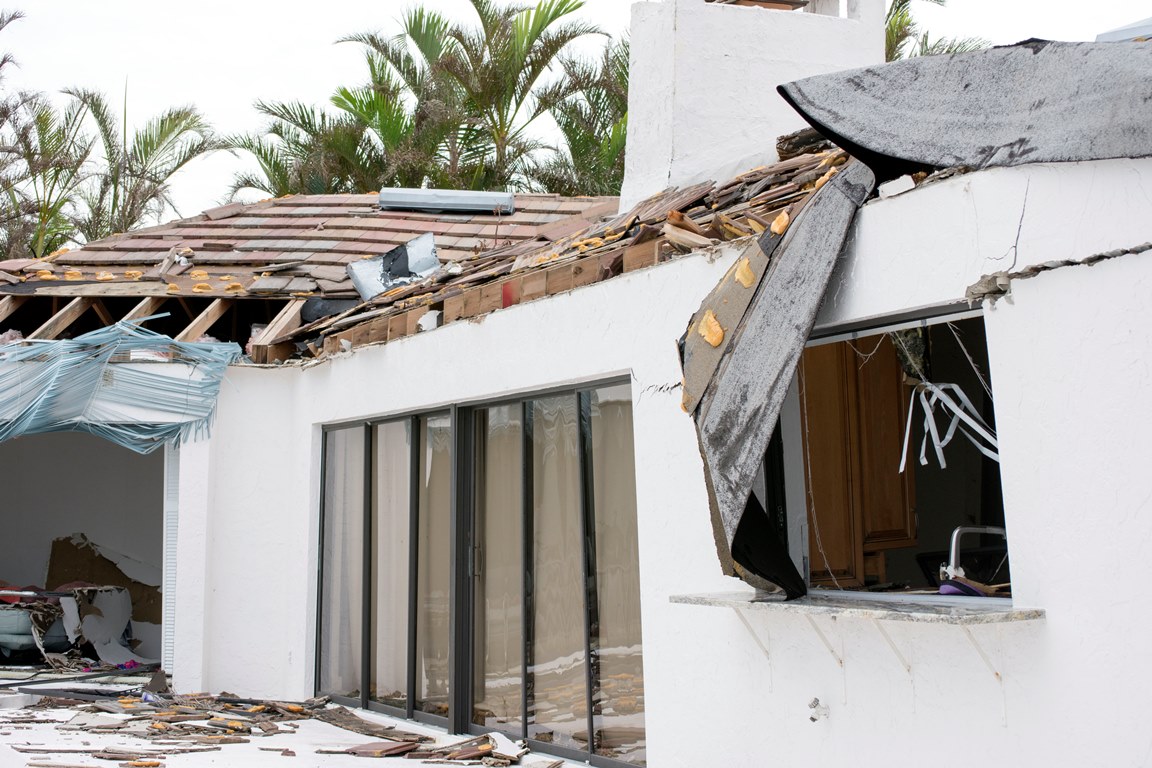 The University of Alabama College of Engineering in partnership with the Alabama Center for Insurance Information and Research, also known as ACIIR, recently sent a team of 13 to areas of Florida impacted by Hurricane Irma to assess damages for a comparative study examining the benefits of FORTIFIED HomeTM construction.

The FORTIFIED designation is a set of engineering and building standards to help strengthen homes from hurricanes, high winds, hail and severe thunderstorms. Alabama had the highest number of FOTIFIED homes with more than 4,000 certified structures in coastal counties.

“We’re looking at FORTIFIED homes, which are homes that are built to a certain standard that actually gets you a reduced insurance rate,” said Dr. Andrew Graettinger, director of graduate programs for civil, construction and environmental engineering. “There’s several in this area, about 30 in the Florida area.”

The team of faculty, graduate and undergraduate students collected data in four Florida cities including Marco Island, the location where Irma made landfall. Using 360 degree cameras, drones, Light Detection and Ranging and many other sophisticated technologies the team gathered information from FORTIFIED, non-FORTIFIED and Habitat for Humanity homes.

Crawford and Graettinger led the expedition and crafted the survey the team members used to collect the data. In addition to photographs from the ground level, aerospace engineering assistant professor Dr. Charles O’Neill and graduate student Jamie Moon used three drones to examine the homes from an aerial view.

“We have three different drones,” Moon said. “Two are taking photos in visible light and this will be used to inspect the roofs for damage. Then we have a third larger drone equipped with an infrared camera.”

In addition to overhead footage, multiple 360-degree cameras were attached to the top of the team vehicles to document a large zone of damage. The cameras are part of a geographic information system that is used to map an area.

“We’ll be compiling the data, the pictures and video to create a complete map,” said Rachel Vandermus, an undergraduate civil engineering student. “We will pair location with data to map damage areas.”

The team used Light Detection and Ranging, which maps a surface using pulses of light from a laser, to document the surrounding areas and debris for further analysis. They took photos and video and interviewed homeowners for a detailed account of damages.

Ahmed Eldeeb, a civil engineering graduate student, said the most common initial trend that the team saw while in the field was roofing damage. There were fence damages, debris and some flooded areas as well. Numerous road signs were damaged, some bent in half.

“We can take that data back to Alabama and analyze it,” Eldeeb said. “Hopefully we can develop new methods, so we can construct better homes to stand against hurricanes like Irma.”