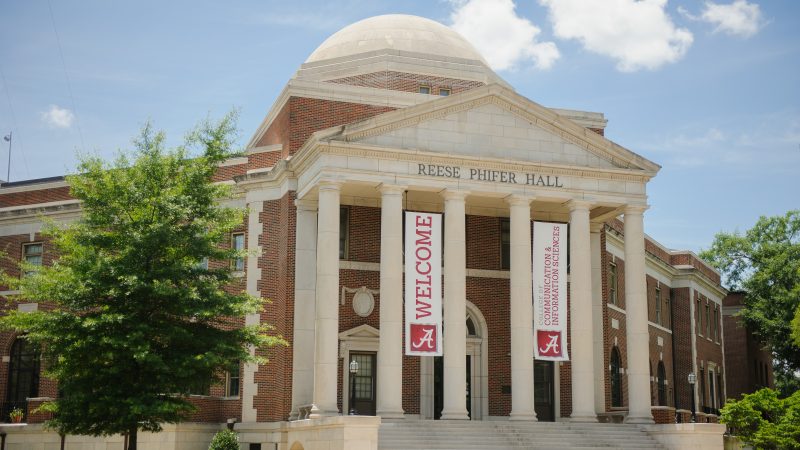 Dr. Brian S. Butler has been named the next dean of the UA College of Communication and Information Sciences and will begin his tenure July 1. 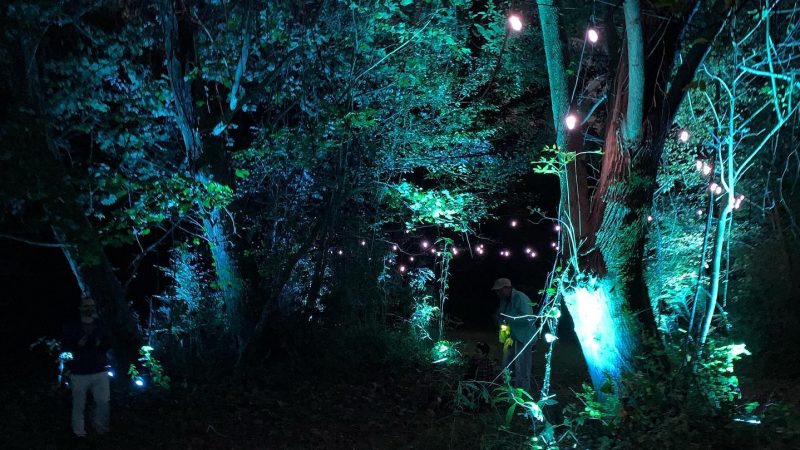 Shining Light on the Water

The first-ever Riverwalk Lantern Parade gives participants a chance to see the Black Warrior River in a new way, one that they help create. 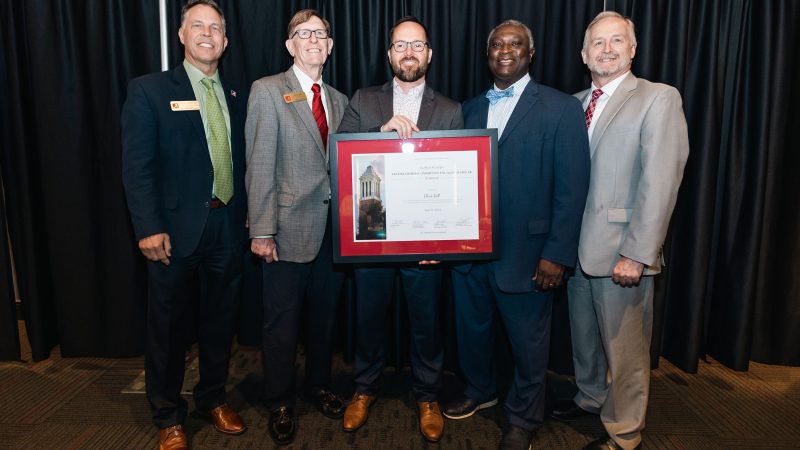 The UA Council on Community-Based Partnerships honored members of the UA community and local partners. 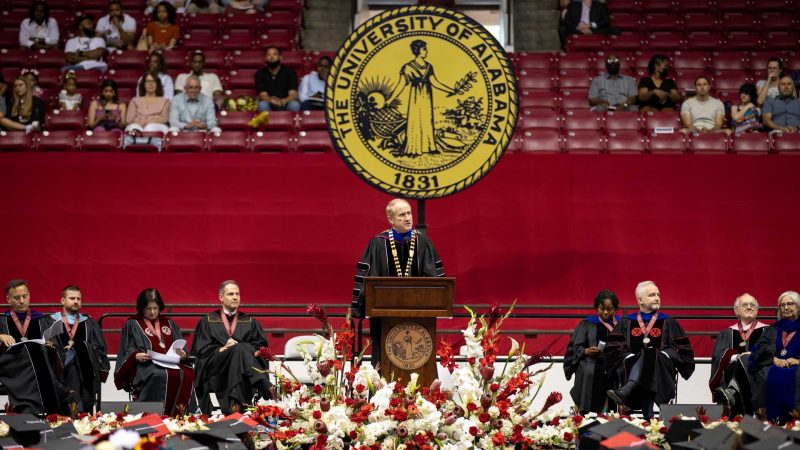 The University of Alabama hosted eight commencement ceremonies over the weekend of May 6-7. 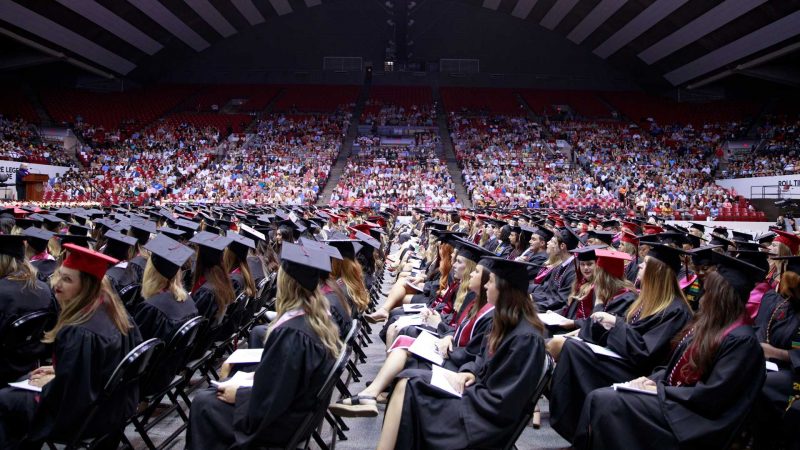 More than 5,000 candidates attended the ceremonies. 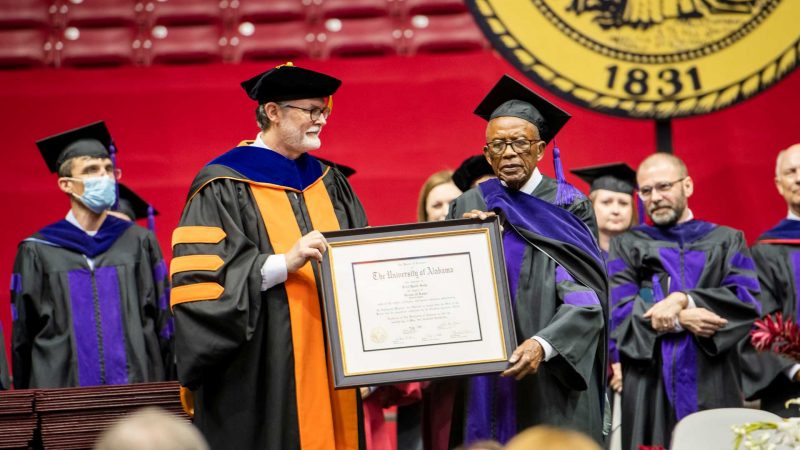 The University of Alabama presented civil rights pioneer and attorney Fred David Gray with an Honorary Doctor of Laws Degree during the School of Law commencement ceremony May 8. Photo by Lynn Cummings Photography. 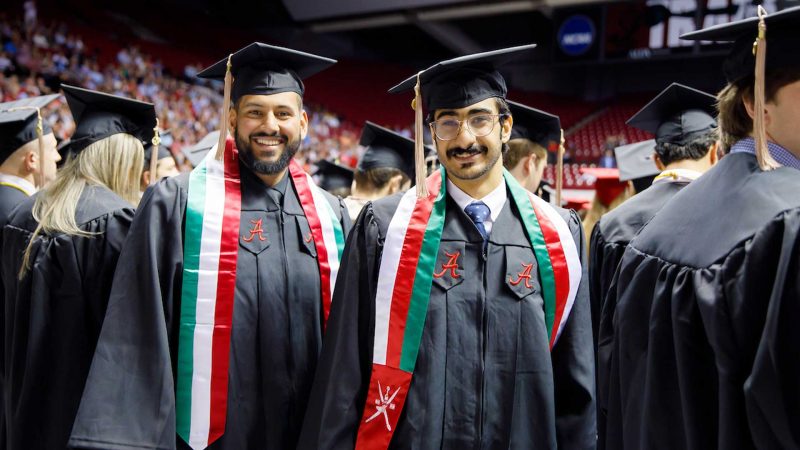 More than 30 countries and all 50 states were represented at the commencement ceremonies. 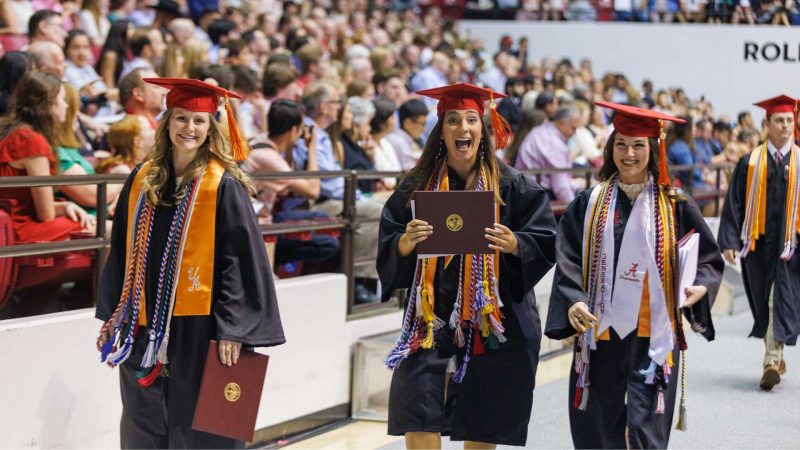 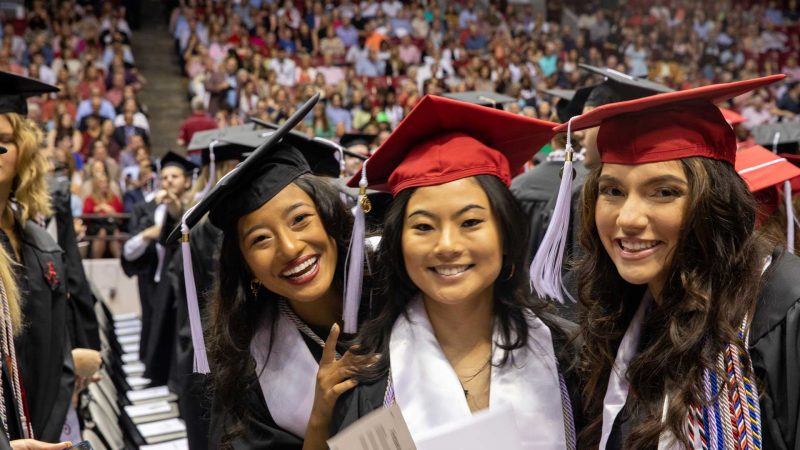 There were 465 candidates who had multiple majors. More than 2,300 applicants also declared a minor. 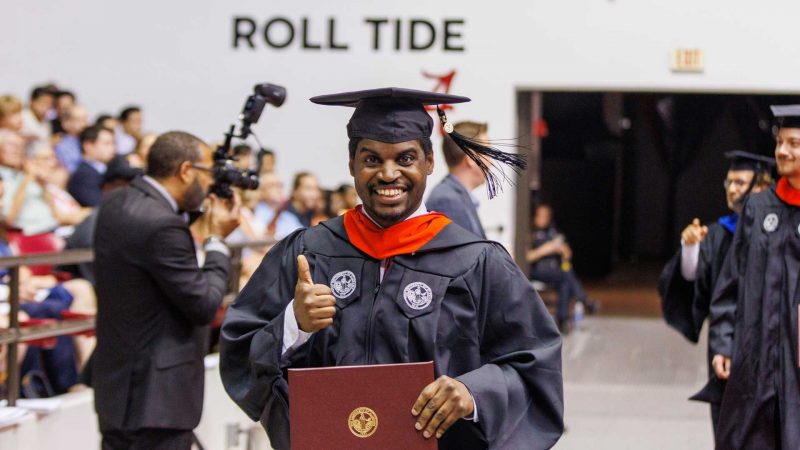 Students were all smiles over the weekend. 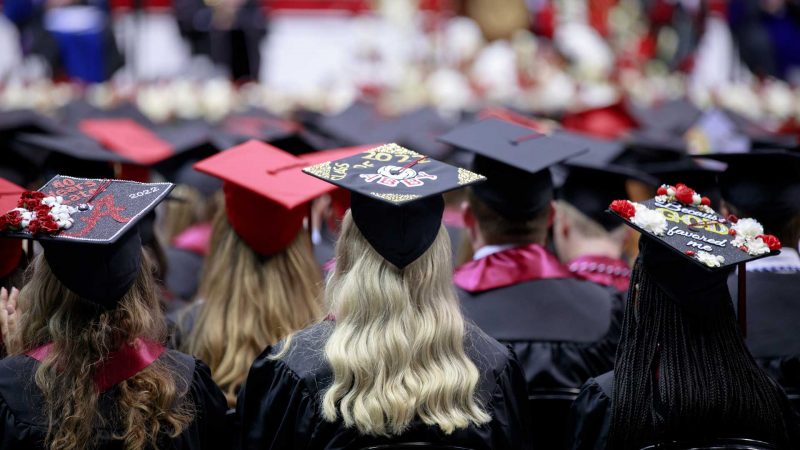 Student caps were adorned with different sayings to capture the joy and pride of the occasion.

More than 5,000 students became graduates of The University of Alabama this past weekend. 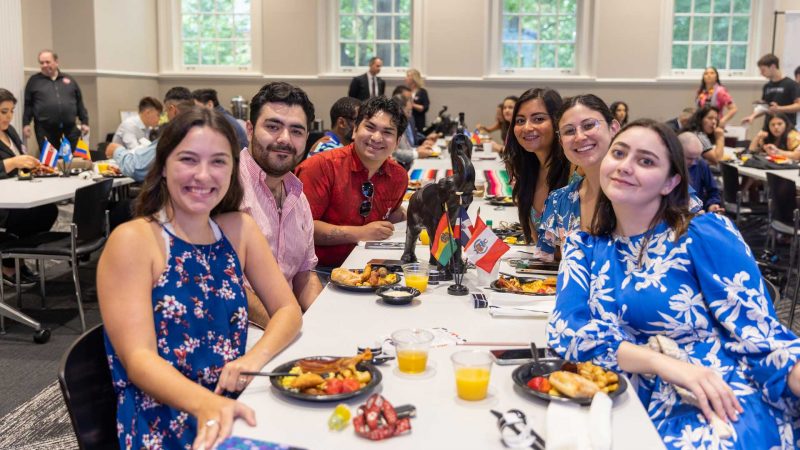 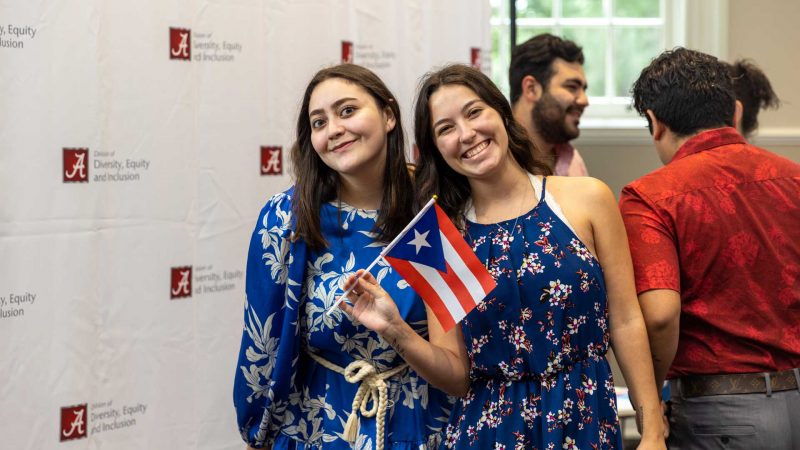 Fellow graduates and friends gathered together to say “¡Felicidades!” to the class of spring 2022. 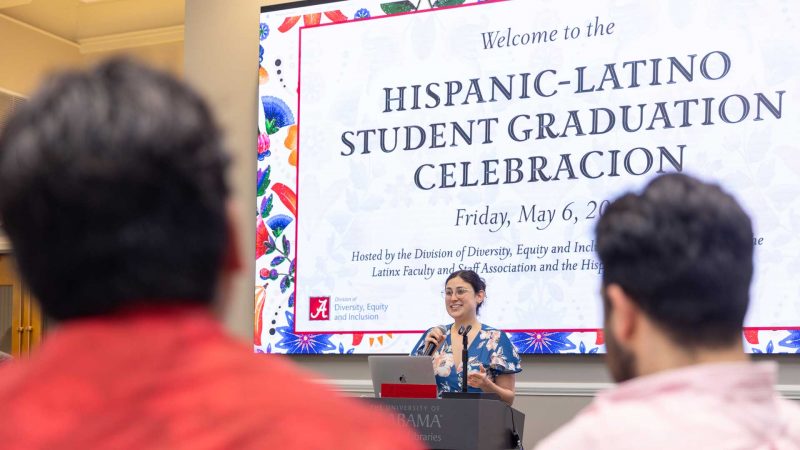 Graduating students heard words of inspiration from leaders of the Latinx Faculty and Staff Association. 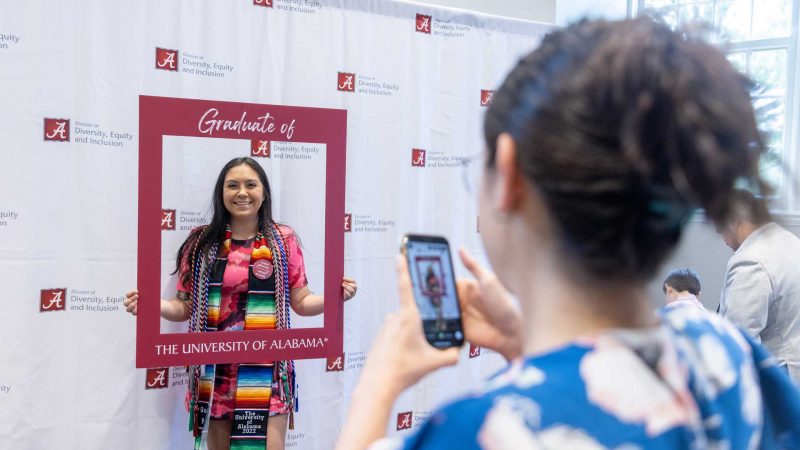 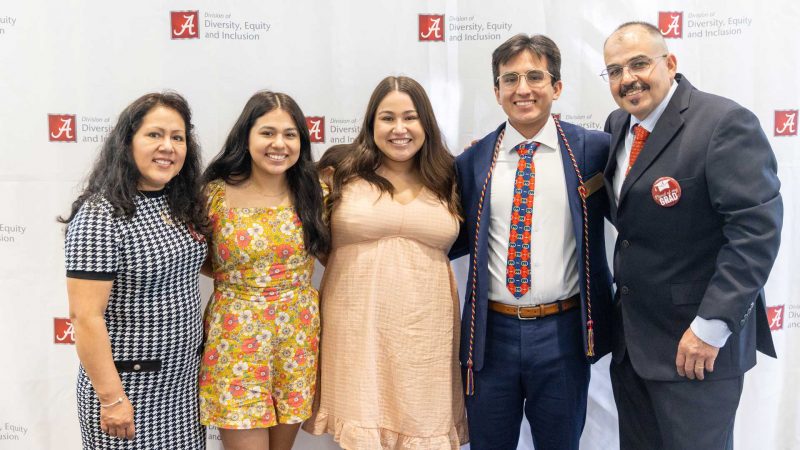 Family and friends took part in the event, too. 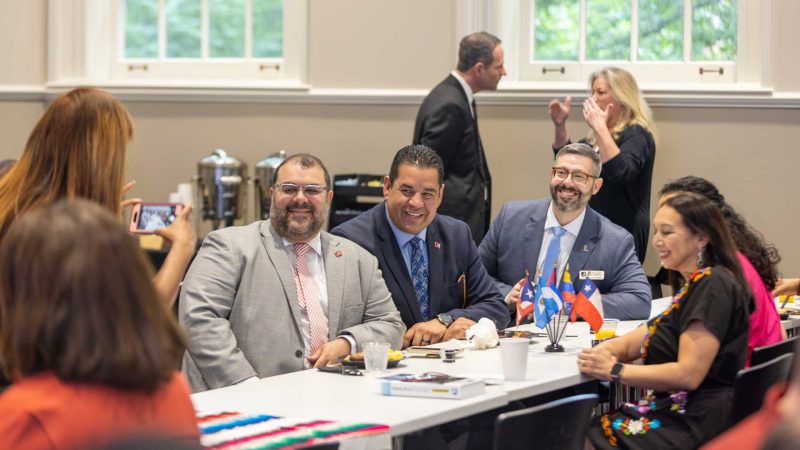 UA faculty and staff members came out in support of the students as well.

The Division of Diversity, Equity and Inclusion hosted the event on May 6. 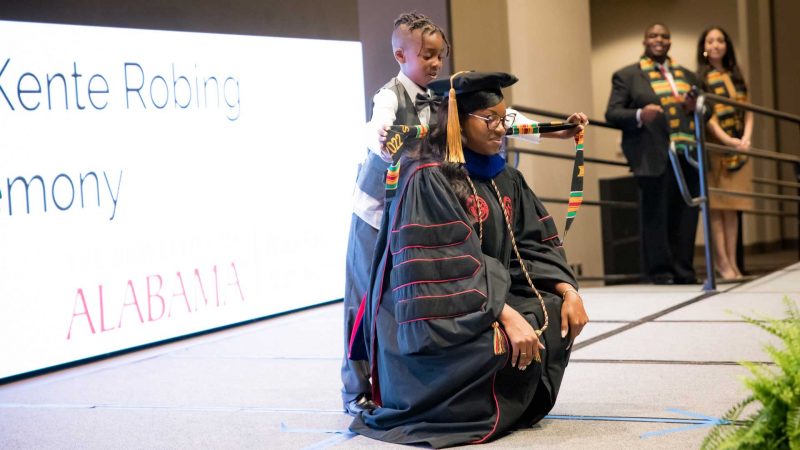 Hosted by the Black Faculty and Staff Association, the Nyansapo Kente Robing Ceremony celebrates the significant achievement of graduating from The University of Alabama. 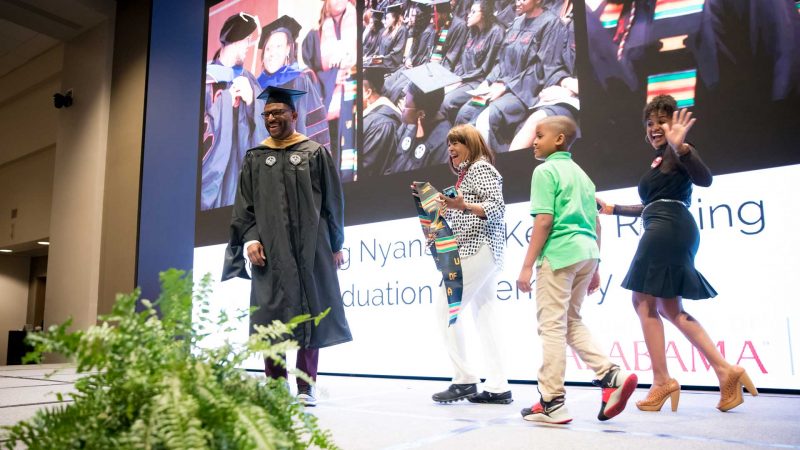 The ceremony started in 2016 as an initiative to promote retention of undergraduate and graduate students of color, and to celebrate their accomplishments. 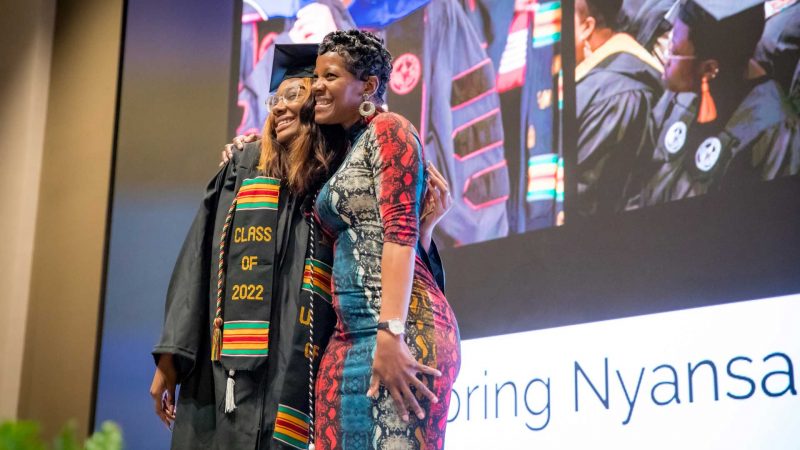 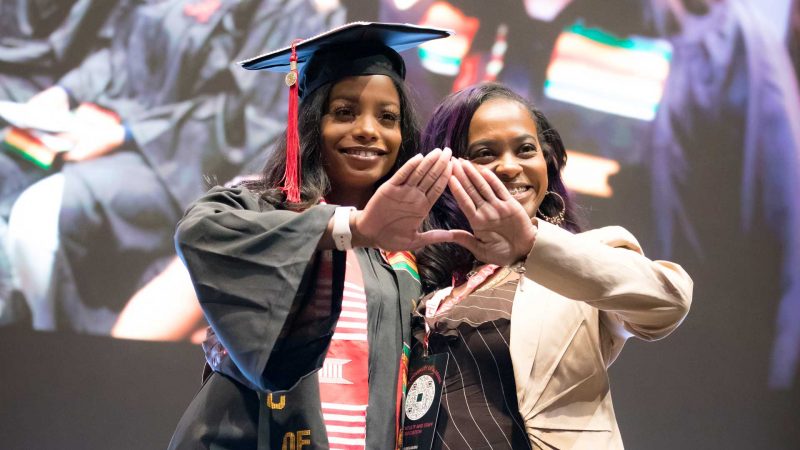 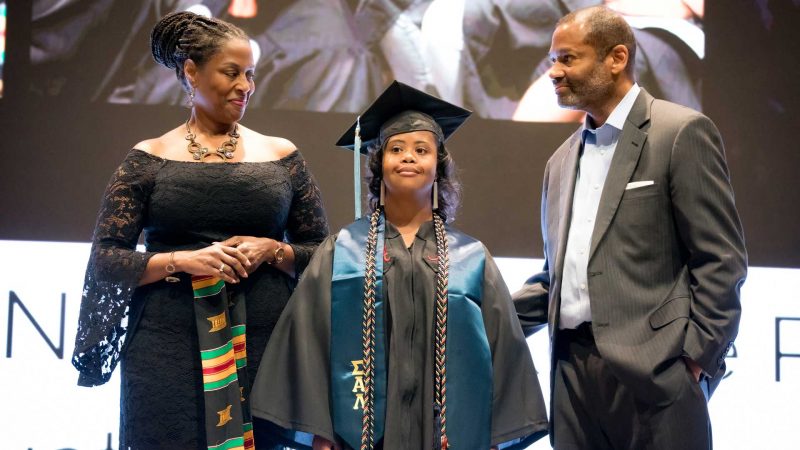 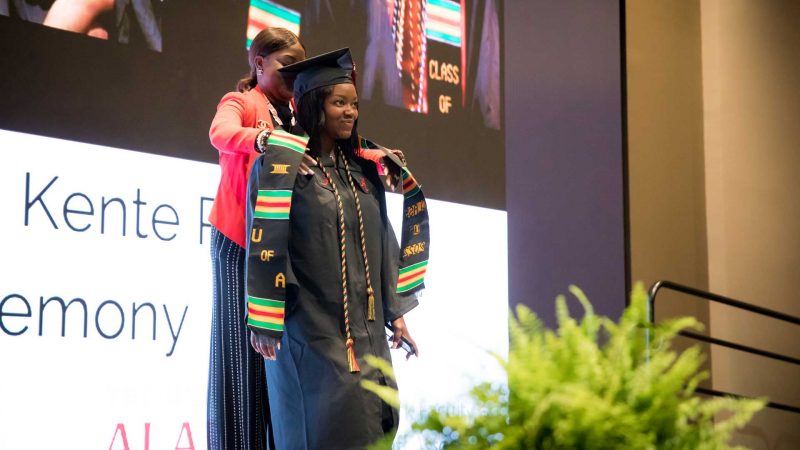 Nyansapo is a Ghanaian symbol that represents intelligence, ingenuity and patience. 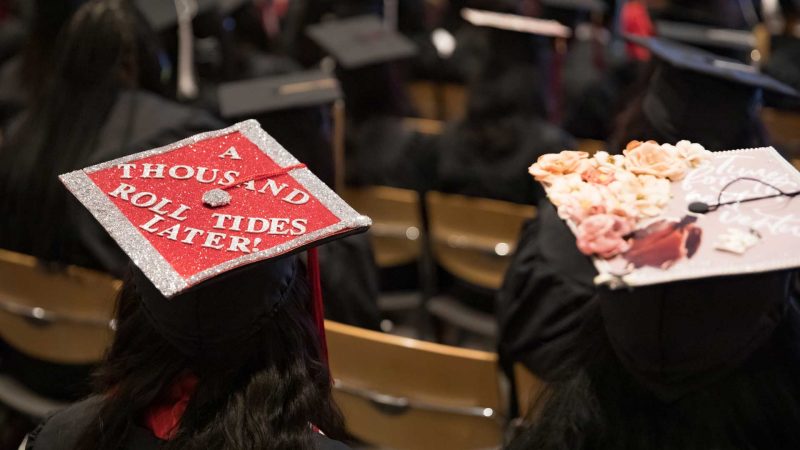 Congratulations to the class of spring 2022!

The 2022 Nyansapo Kente Robing Ceremony took place May 5. The ceremony celebrates the success and achievements of students of color. 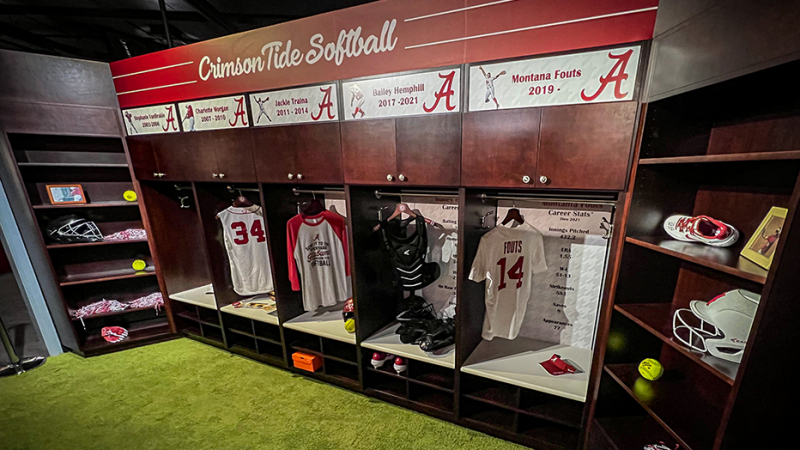 A new exhibit at the Paul W. Bryant Museum honors the players and coaches of the first 25 years of softball at the Capstone. 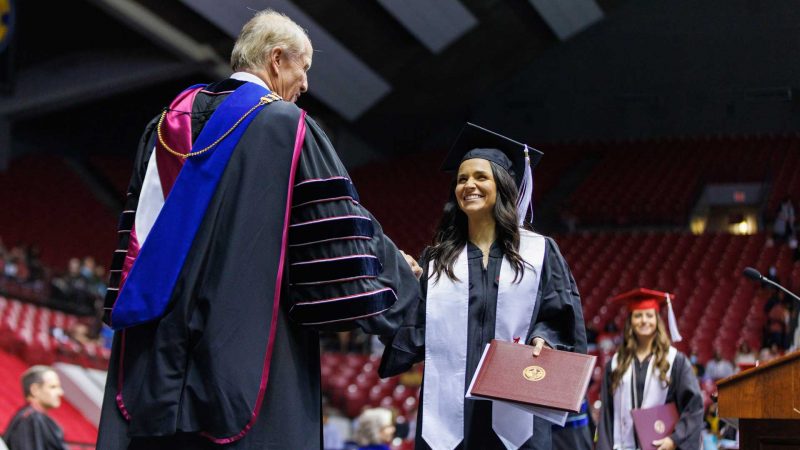 The University of Alabama will award more than 5,000 degrees in eight commencement ceremonies May 6-8. 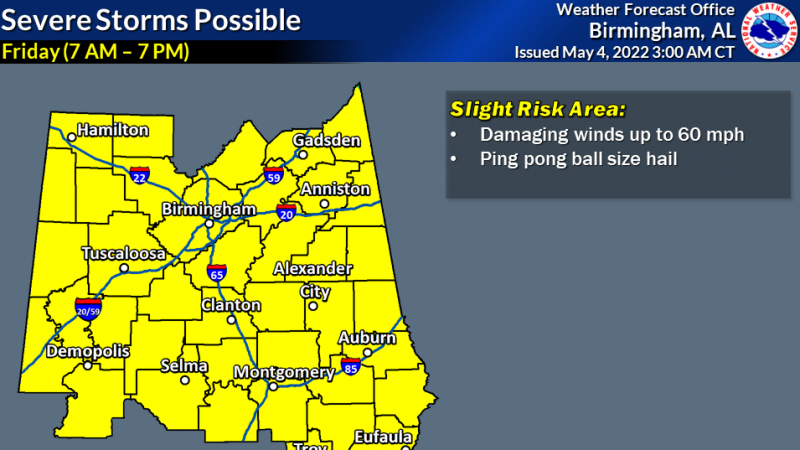 Be Ready: Severe Weather Forecast for May 5 and May 6

Severe weather is forecast for Tuscaloosa County on Thursday, May 5 and Friday, May 6. 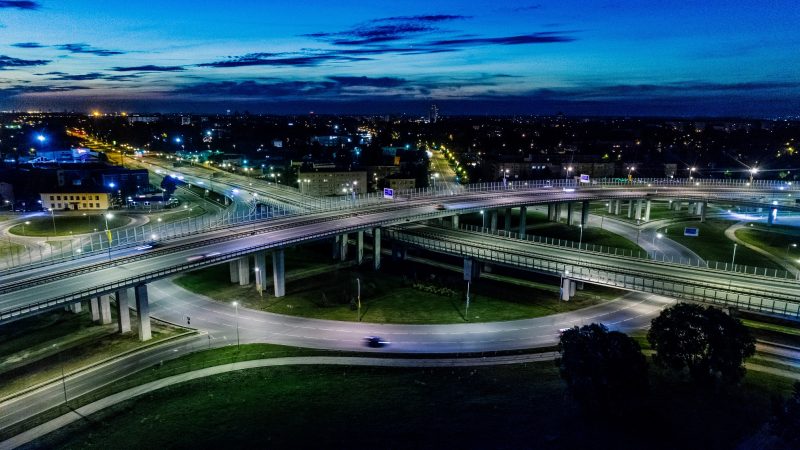 As part of a broadening of its scope, the Transportation Policy Research Center at The University of Alabama will be led by longtime engineering professor, Dr. Steven Jones.