Iron Bowl Through the Years

Alabama and Auburn were playing long before there was an Iron Bowl. Their first match-up was Feb. 22, 1893, in Birmingham’s Lakeview Park. Auburn won 32-22.

The 1893 team, called just the varsity, was mostly players under six feet tall who weighed less than 165 pounds.

Perhaps the size of the 1893 players was the reason for the first team name, the Thin Red Line. 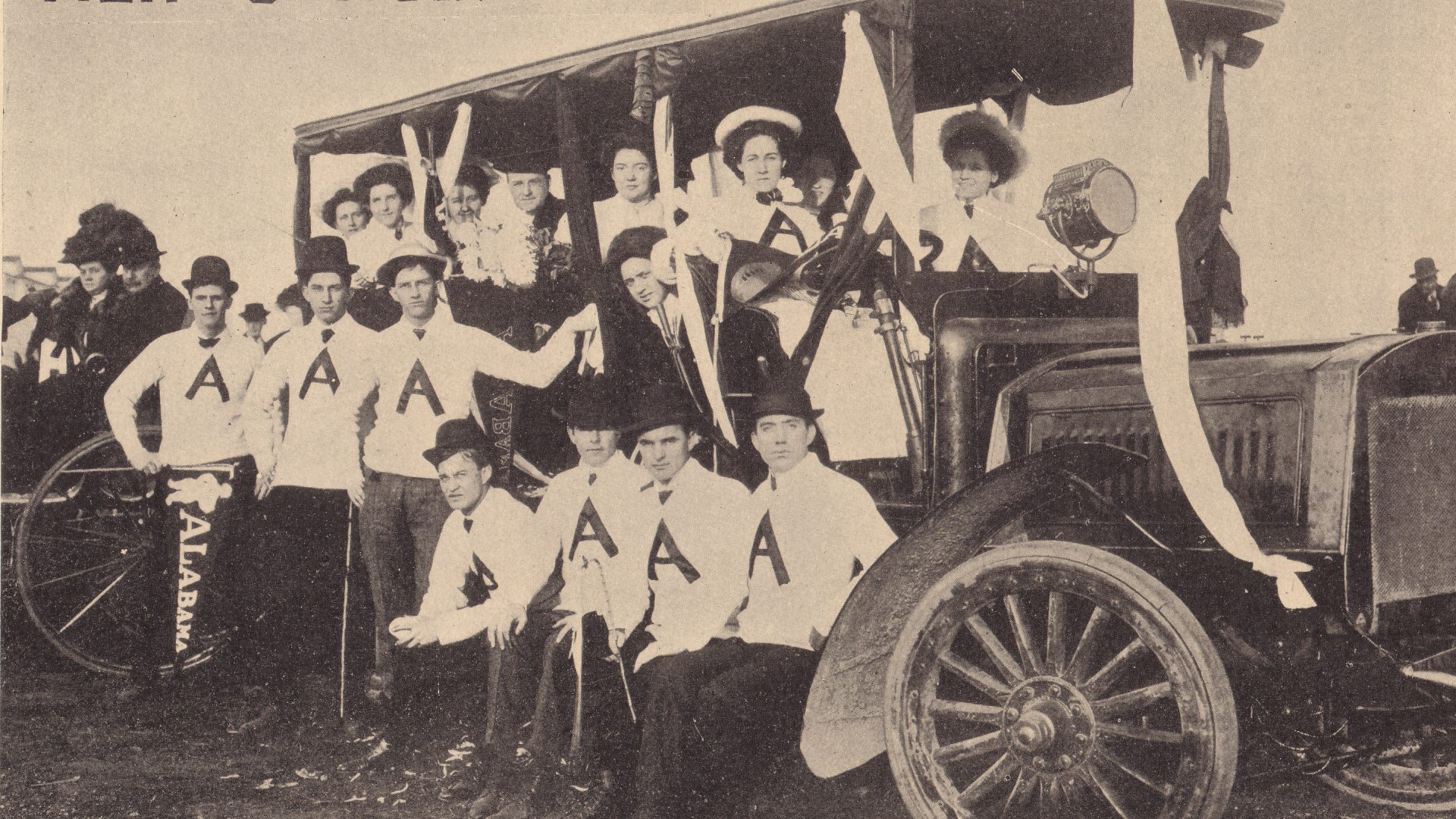 In 1907, these Alabama fans saw the game end 6-6, the only tie in the series’ history. Played in a sea of red mud, the Thin Red Line was given a new name, the Crimson Tide.

After a hiatus of 41 years, the rivalry resumed in 1948, with Alabama winning 55-0, the largest point spread in Iron Bowl history. 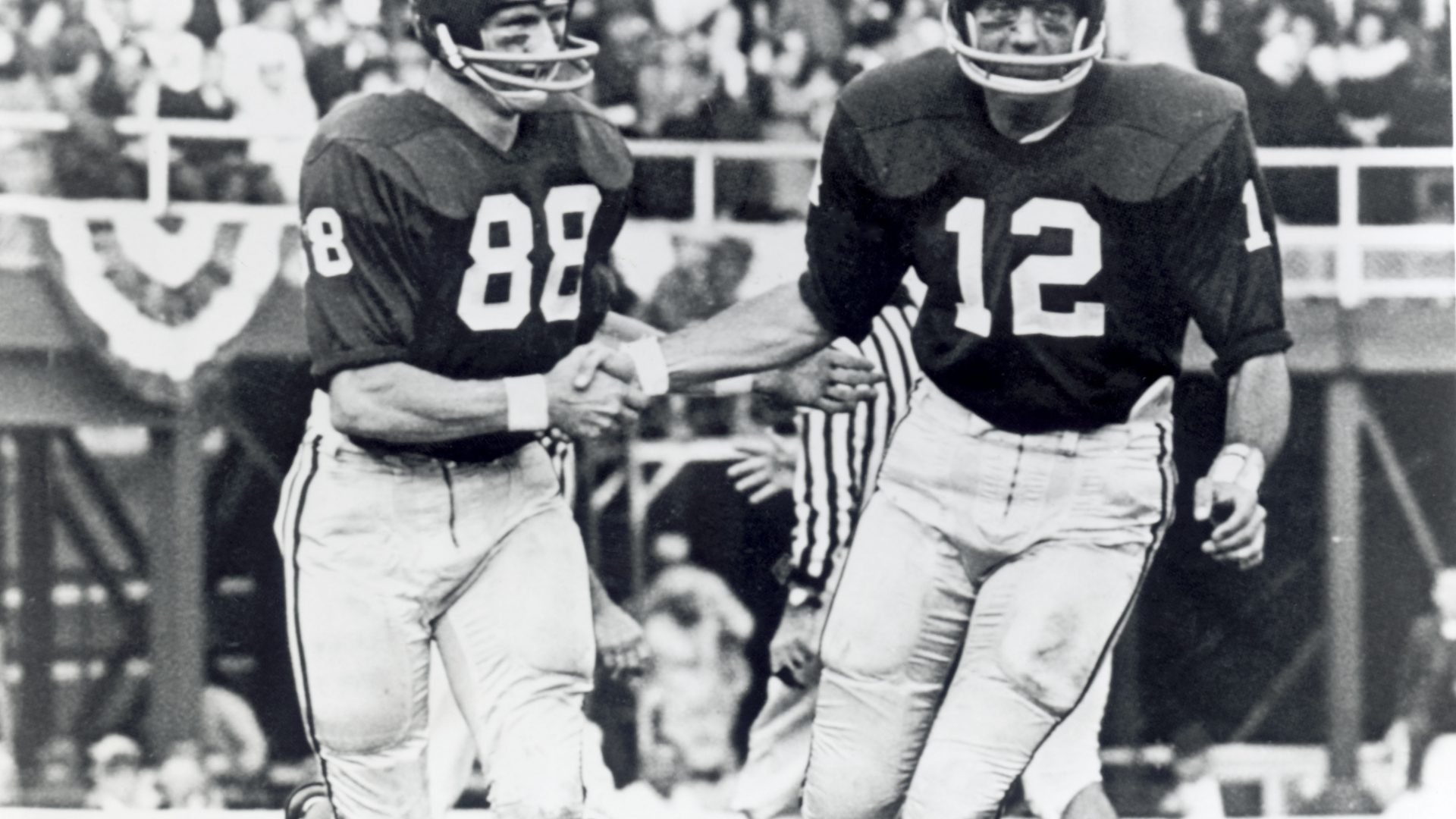 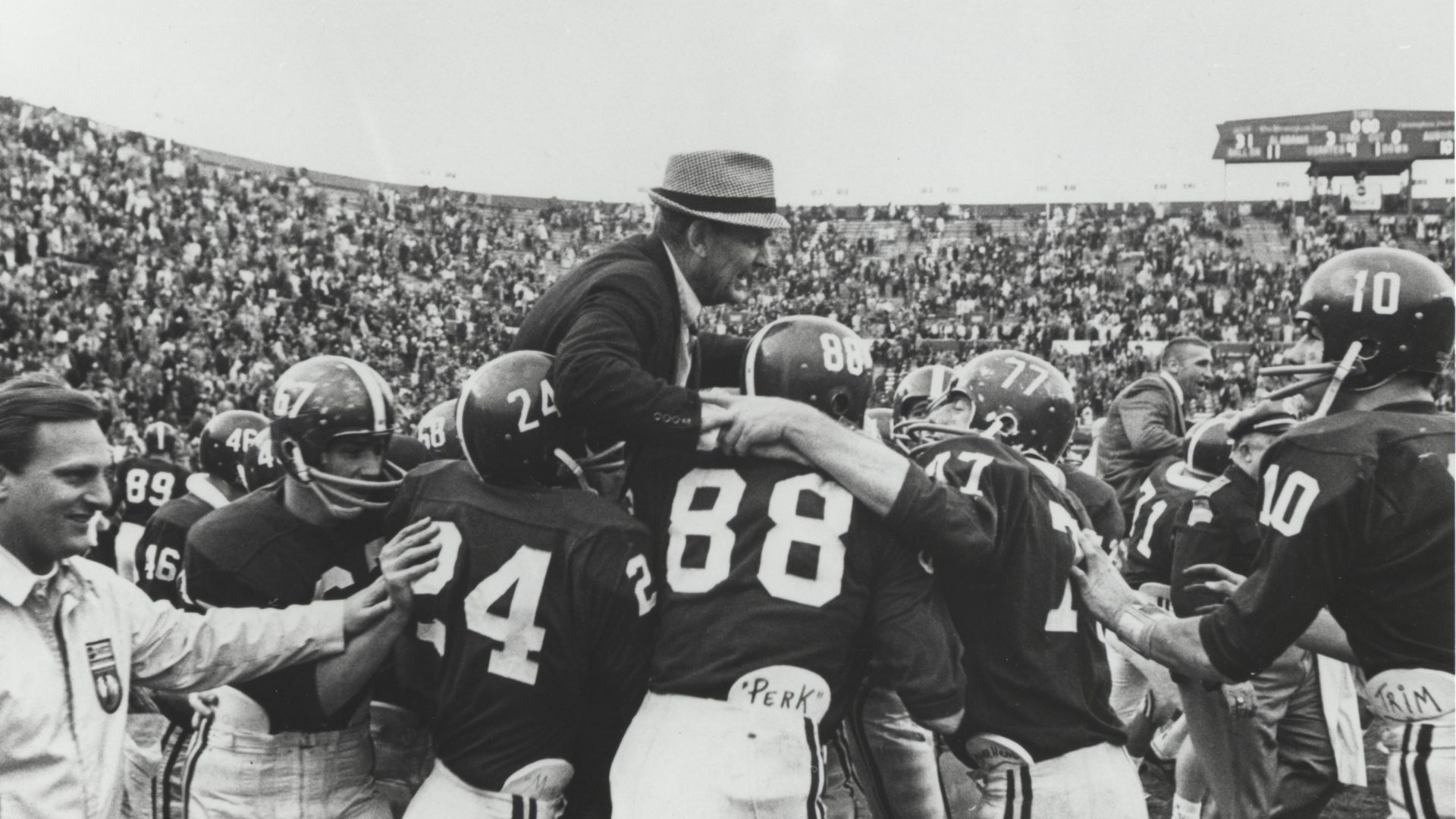 After winning the 1965 Iron Bowl, Coach Paul “Bear” Bryant and the Crimson Tide went on to win a national championship. 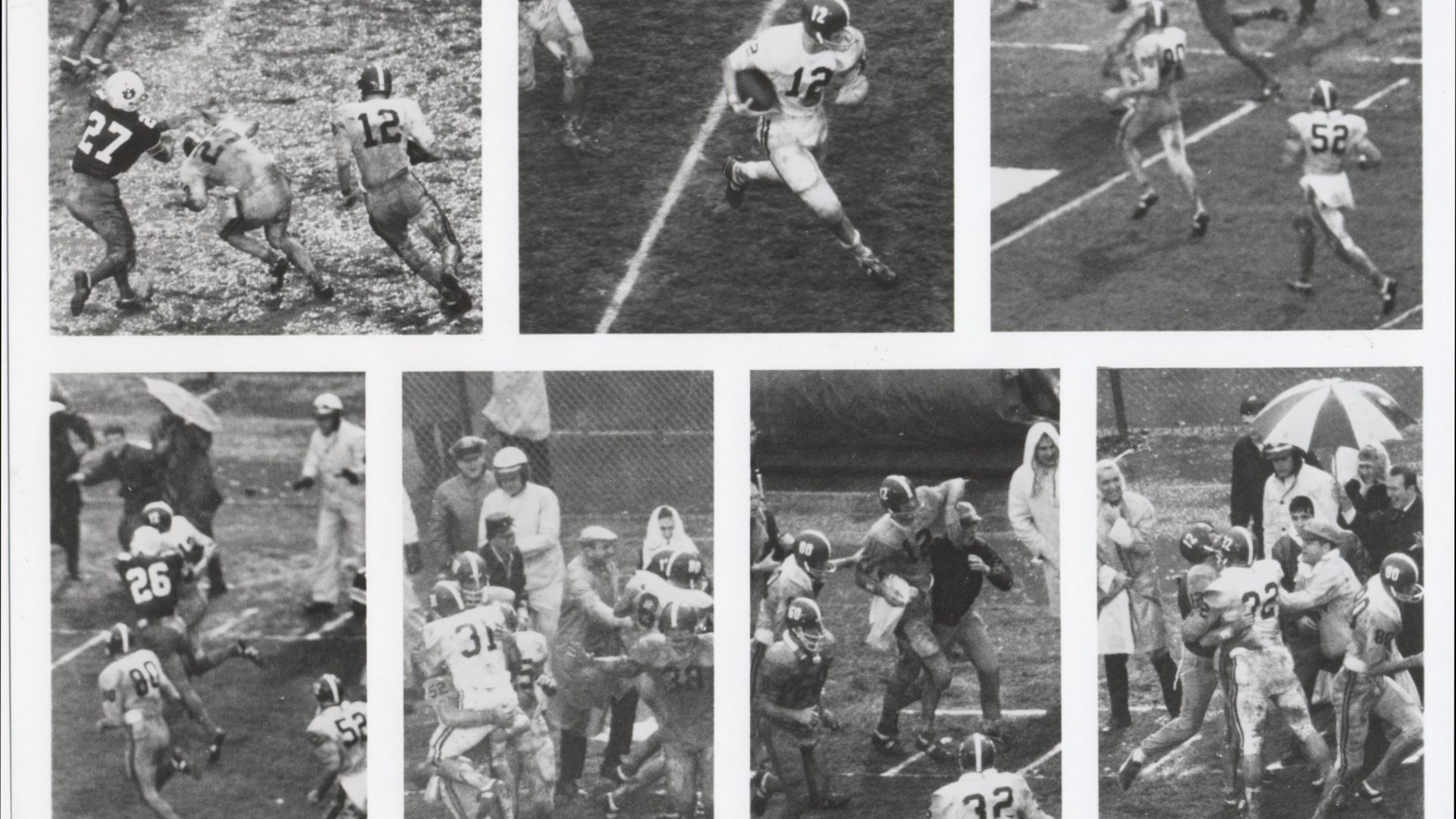 Auburn coach Ralph “Shug” Jordan, pictured on the left with Coach Bryant, ended his storied career after the 1975 season. He coined the name “Iron Bowl” because most of the series was played at Legion Field in the rugged steel-mill city of Birmingham. 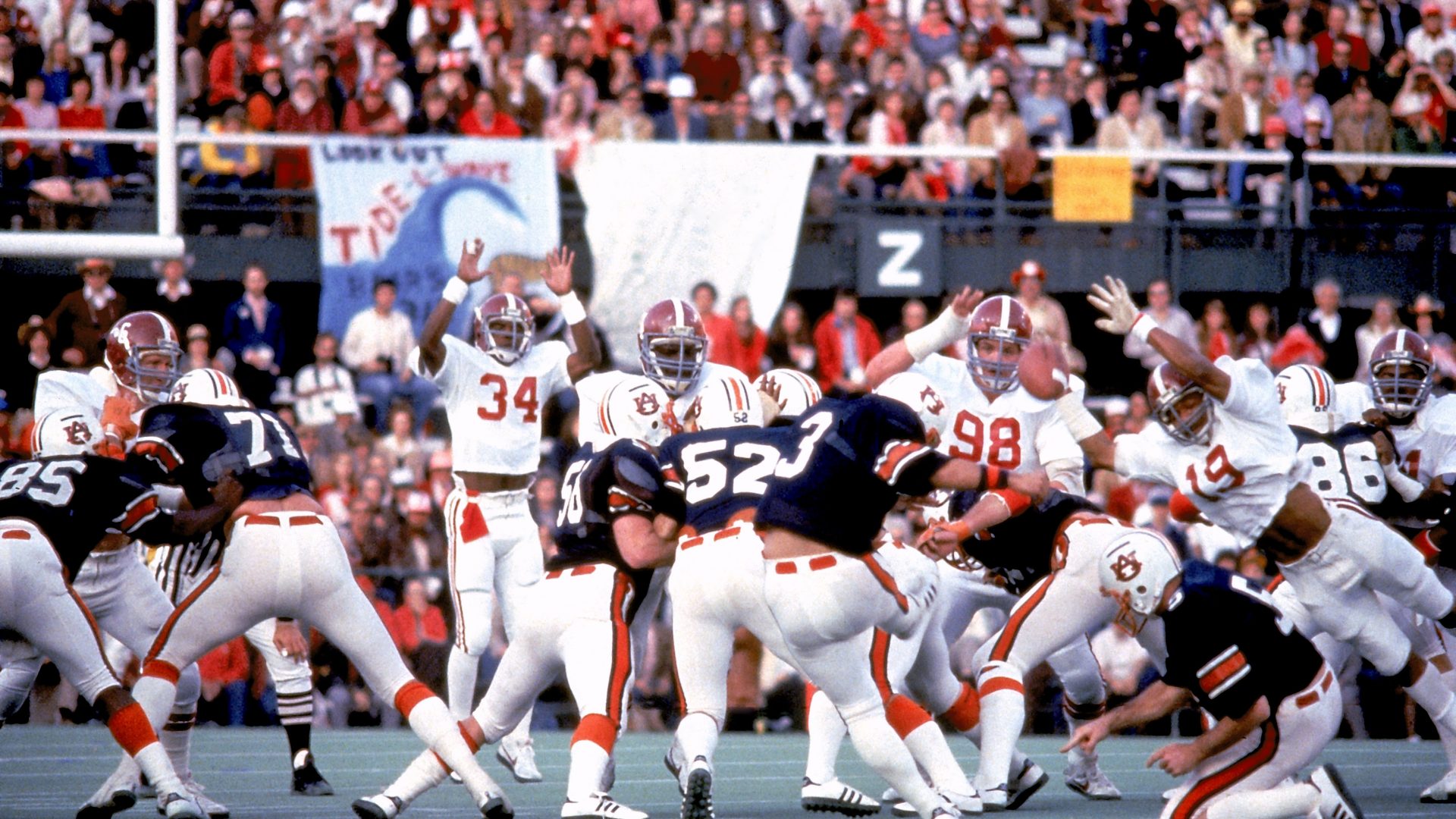 In 1981 Coach Bryant set a new record with his 315th victory, surpassing Amos Alonzo Stagg as the most-winning D-1 football coach. The Tide beat the Tigers 28-17. 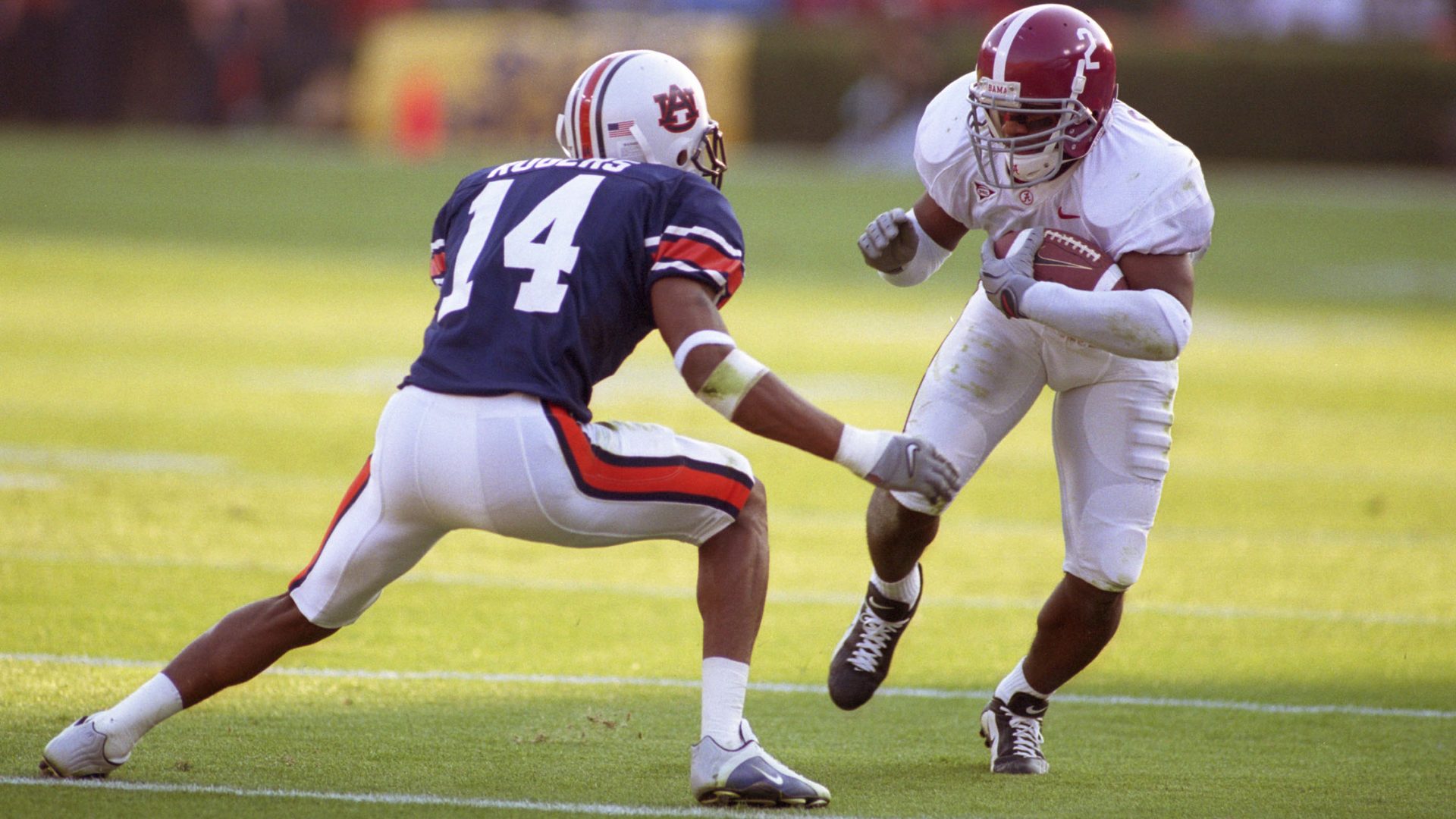 The Alabama-Auburn rivalry from 1893 to the 21st century depicted in images from the Paul W. Bryant Museum.