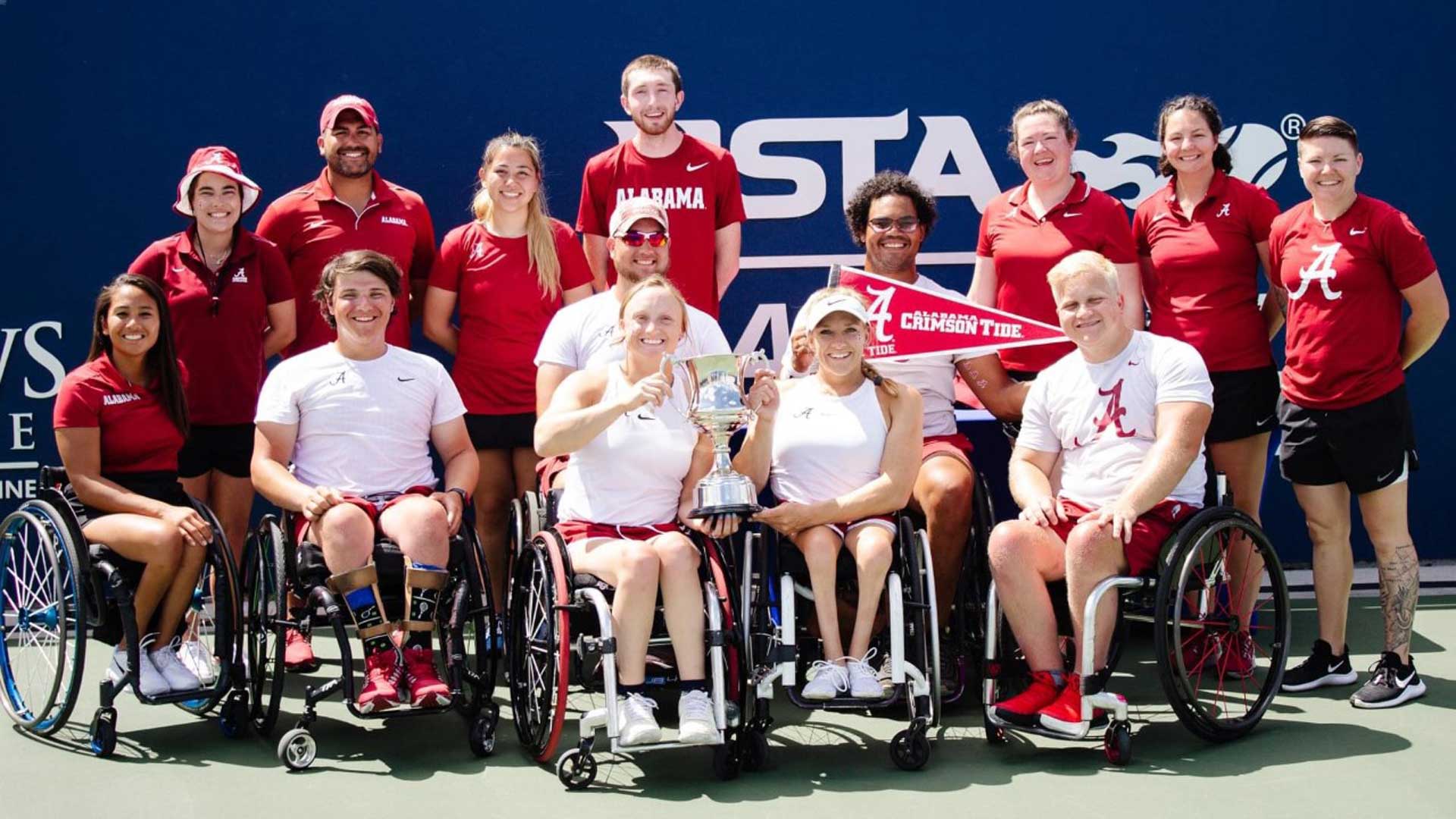 The University of Alabama’s Wheelchair Tennis team celebrated another national championship this past weekend in Florida.

Senior Thomas Venos also won the individual championship in the singles A bracket, making him a two-time singles champion.

“This is what we train for all year,” said team Head Coach Evan Enquist. “It’s being able to put on your uniform, represent your school, and I think they value this experience above all else.”

The team’s win comes less than a year after the opening of the Parker-Haun Tennis Facility, the only collegiate tennis facility in the nation for adapted student-athletes. This is the second national title UA Adapted Athletics has brought home to Tuscaloosa this spring. The Women’s Wheelchair Basketball Team won its eighth national championship in March.