Dr. Thomas C. Fox was honored with the prestigious German American Friendship Award by the German government Wednesday at The University of Alabama Student Center. It is one of the highest decorations bestowed by Germany on a non-citizen and recognizes career achievements and success in fostering German American relations. 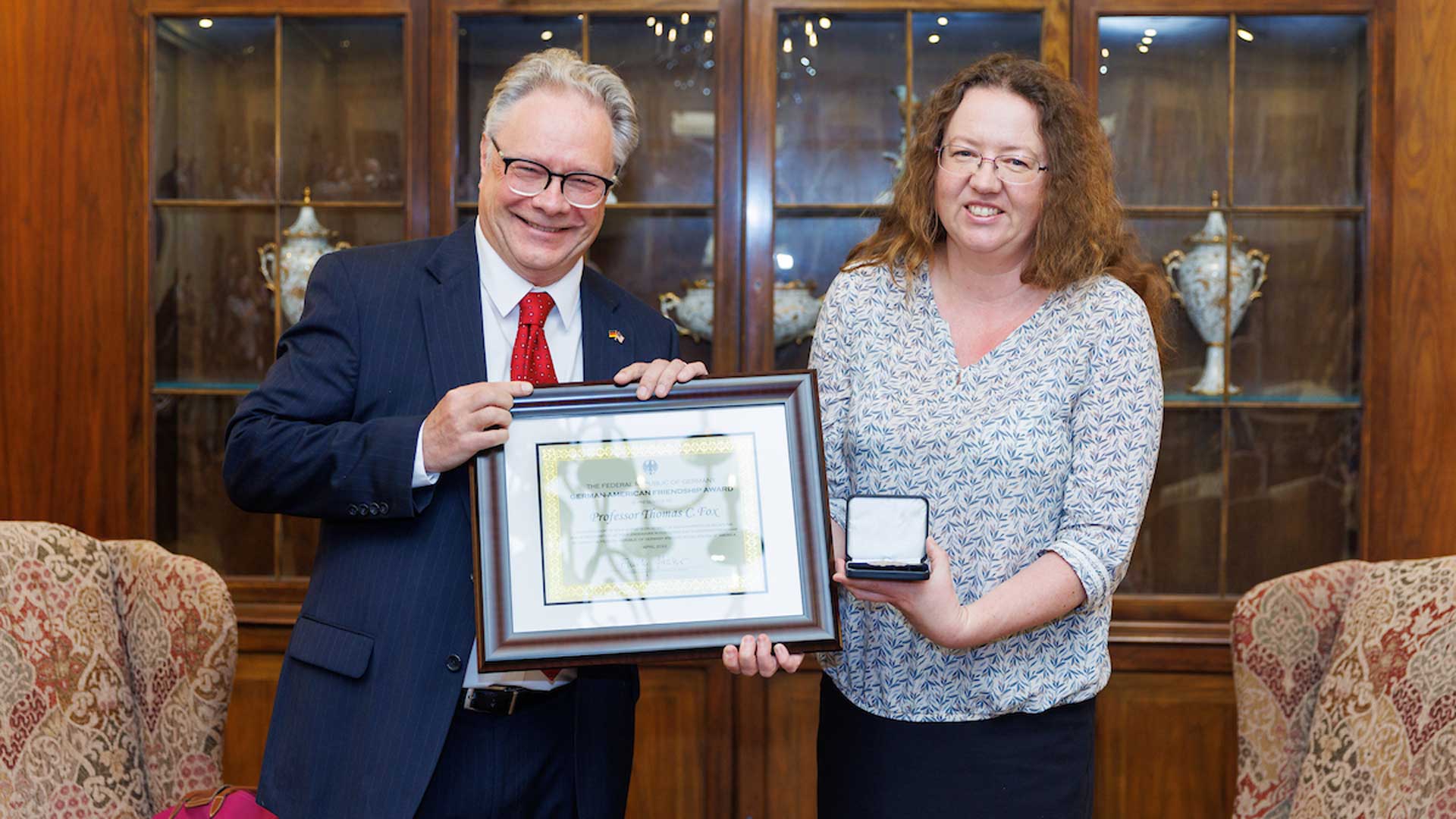 Fox is a professor in the department of modern languages and classics and is the director of UA’s German program. He previously served as the department’s chair for several years.

“I am touched and honored by this unexpected award,” Fox said. “I am grateful to the German government that it is recognizing in this way my modest efforts to promote German American friendship.”

The award was presented by Consul General Melanie Moltmann of Atlanta on behalf of Ambassador Emily Haber and the Federal Republic of Germany. The award is given semiannually.

Fox has published several books and academic articles in esteemed journals. At the Capstone, Fox teaches courses on German literature, culture, language, the Holocaust and more. Fox also travels abroad with students throughout Germany and Austria. He has served nationally and internationally in a variety of professional and leadership capacities, including editor of the GDR Bulletin, board member of the Alabama Germany Partnership and president of the Alabama State Chapter of the American Association of Teachers of German.