UA Part of Research Into Racial Disparity in Infant Mortality

Researchers at the University of Alabama are partners in a statewide effort to tackle racial disparity in infant mortality in Alabama. 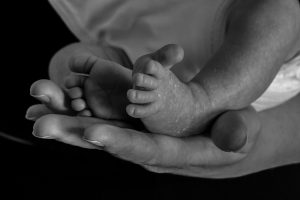 The interdisciplinary research team brings together expertise from social work, economics and anthropology. Funded through a $250,000, two-year grant from the Robert Wood Johnson Foundation’s Policies for Action program, the team will examine the state’s pilot program to reduce infant mortality, specifically asking how an innovative pilot program by the Alabama Department of Public Health affects infant mortality among the Black community.

“The collaboration of multiple areas of expertise is essential for improving the infant mortality rate and supporting the development of existing efforts to reduce this poor outcome,” Horan said.

At UA, the effort will be managed by the ongoing VitAL initiative in the School of Social Work.

VitAL oversees multiple state-focused projects that strive to study and improve services, policies and social conditions for those with mental health, substance use disorder and trauma-related challenges, including the Every Step project that expands a state initiative to reduce substance use, depression and domestic violence in pregnant women. The VitAL team currently works with community and organizational stakeholders in all of Alabama’s 67 counties.

“Infant mortality is a key indicator of population health and defined as the probability of a child born in a specific year dying before reaching the age of one,” Malak said.

The United States has an average infant mortality rate of 5.5 deaths per 1,000 live births, more than 70% higher than other comparable, high-resource nations, and a longstanding public health issue within Alabama. Within the last decade, Alabama’s infant mortality rate has consistently been one of the top three highest in the nation, with rates that are far worse among Black infants.

A version of this story was originally published by the School of Social Work.