If there is one thing this group of friends studying at The University of Alabama can agree on it’s that Tyquan is the best dancer.

That’s Tyquan Houston, a nursing student. He’s got a Nintendo Switch video game system. Several nights out of the week, 12 friends who live next door to each other in an apartment complex get together at Houston’s place to play “Just Dance,” a video game where players score points by dancing in sync with the music.

“I beat him one time,” said Brianna Grey, a shy smile overtaking her face.

Jordan Croson and Allison Morrill, her roommates, laugh with her.

It’s a typical Tuesday night for the friends. They are all cooking, studying and eating dinner in their apartments, and will get together later to play the game at Tyquan’s. All in all, a regular night after classes.

It’s unremarkable, except for one detail: half of those living in four apartments clustered together have intellectual disabilities that would normally preclude them from experiencing a typical college life.

“College students are within the age range where emerging adults experiment with adulthood, but that option is not always available to young adults with intellectual disabilities,” said Dr. Kagendo Mutua, a special education researcher at The University of Alabama. “This is an opportunity to live and look just as any other college student.”

Mutua is the director of CrossingPoints, a program developed at the University to extend and enhance a of model inclusive postsecondary education program for serving college-age students with intellectual disabilities. The program uses a tiered approach to inclusive postsecondary education programming that offers differentiated options for pursuing transition to some level of independence whether that be the ability to land a job or to proceed to taking college courses.

One tier of its offerings is a partnership between local school systems and UA that focuses on inclusive transition services to students ages 18-21 still receiving special education services and enrolled at one of the local partner educational agencies. These are young adults who may be able to transition to independent living options such as group homes, but some may live with parents or family their entire lives. Even in group homes, residents often do not get to choose their home or roommates, and there is often no viable path to more inclusive or normative independent living, Mutua said. 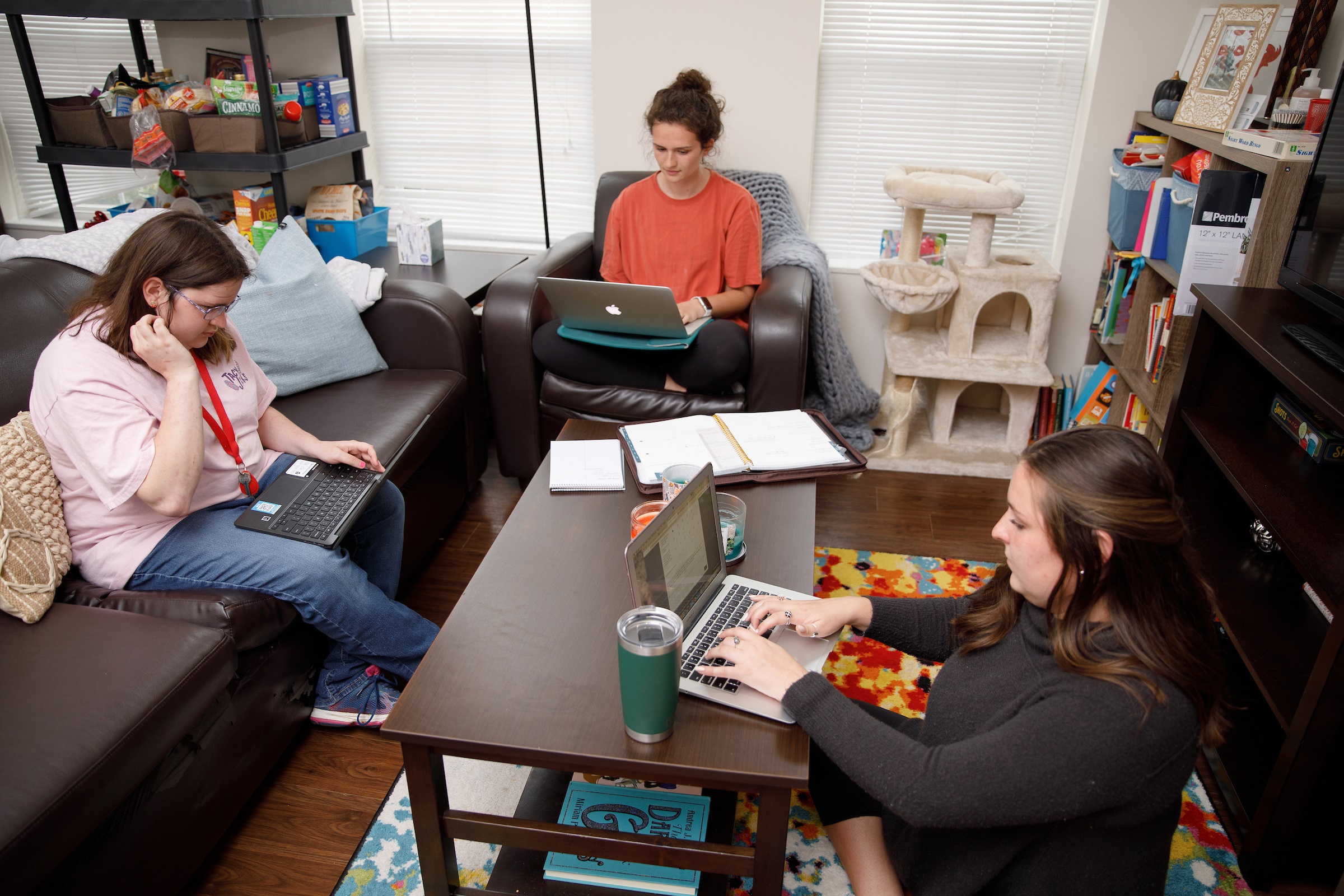 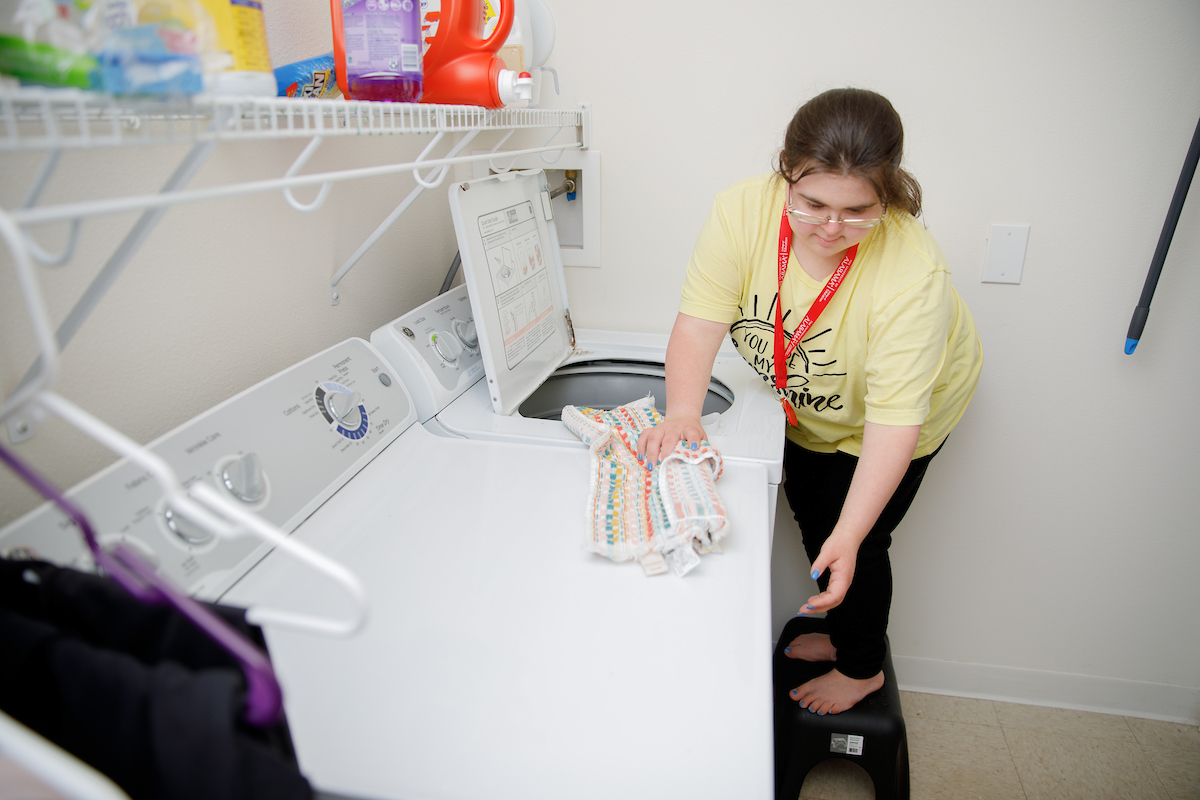 CrossingPoints students, such as Josie Hogeland, perform household tasks as part of their time as roommates in the apartments.

In the CrossingPoints Rising Tide project, some of these young adults with significant intellectual disabilities live four days a week for about half a college semester in an off-campus apartment complex. The program rents out four, three-bedroom units. In all, six UA students and six CrossingPoints students are divided into the apartments — two units for men and two for women.

The main goal is to foster skills for independent living for the CrossingPoints students and for them to integrate into the community.

“Part of the goal is to give these students a new dream they may never have had before,” Mutua said.

“It’s an opportunity to live in an apartment with roommates who are same age peers of their choosing, which is something a lot of people with intellectual disabilities never think possible because the opportunity to make such a volitional choice is often not available” she continued. “Secondly, we want them to practice independent living skills and the corresponding social skills in an authentic way so they can be as independent as they possibly can be.”

The other big goal is to develop a model of integrated communities of peer young adults that can be replicated at similar programs across the country. No such replicable model exists even as universities created Inclusive Transition Postsecondary Education Programs in the wake of the amended federal law, the Higher Education Opportunity Act of 2008.

More students with intellectual disabilities are attending these programs, yet few offer any sort of housing for them, leaving a gap between high school and a more mature adulthood. Other college students have living arrangements catered to them during their emerging adulthood, so the simple questions CrossingPoints asks: why can’t students this age with intellectual disabilities be afforded the same opportunity?

“We are pioneers in thinking of a new way of living independently,” said Dr. George Mugoya, an education researcher at UA who helped design the project. “We believe they have the capability of not being limited in their living arrangements.”

In a survey of students in the Tier 1 of the CrossingPoints program, 85 percent of the students reported having never spent a night away from home, and of the 15 percent who had, most of them had spent the night with close relatives or in structured environments such as a church camp. And these are 18 years of age and above.

“Part of the goal is to give these students a new dream they may never have had before.”

As a result, many of them have lived lives where more difficult tasks are done for them, well-meaning as that may have been intended, Mutua said. The lack of opportunity to experience dignified failure robs one invaluable opportunity to learn from experience, so, in fact, the program is as much for the parents of the students as anything else, she said.

“This is a baby step more so for parents than students,” said Dr. Amy Williamson with CrossingPoints. “Sending their kids to this program is really an act of faith for some of them.”

In the community, students work together to maintain the apartment, grocery shop on a budget and cook meals together. The program requires the roommates to plan, shop, cook and eat together at least two times per week. Shared decision-making and household responsibilities is encouraged as part of the program.

“The UA students are not there to serve anyone. We stress they are roommates first, not a mother or father figure,” Mutua said. “They are there to live together and, hopefully, become friends with a respect for each other’s abilities and potential as individuals.” 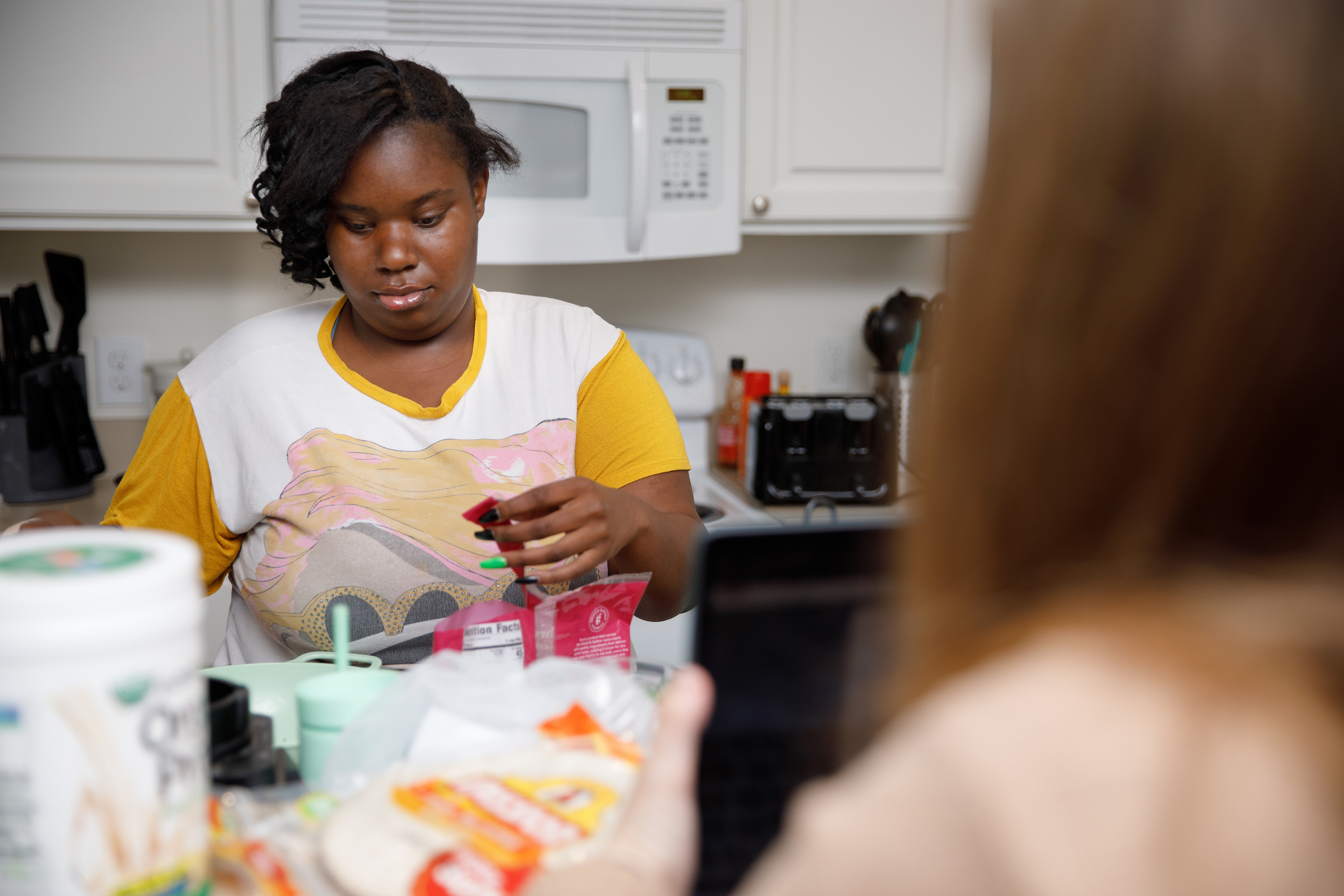 The UA students assist with data collection of activities and achievements, while the CrossingPoints students do a weekly vlog on a tablet. Typically, at the start of living together, data collection involves a more formal process, including collecting baseline data to establish the starting point on the various dependent variables comprising the critical skills for independent living that the research is focusing on.

At the end, qualitative data collected from roommates’ narrative recounts of relationships and experiences helps to understand the more nuanced factors related to successful integrated independent living by college students with and without intellectual disabilities, Mutua said.

“I’m pretty glad that I’m a part of it,” said Houston, the nursing student who joined the program and shared his apartment with two CrossingPoints students. “It’s been a good experience.”

The dance parties are part of the project as CrossingPoints students learn to navigate downtime among peers. Also, in shared housing, the stakes for skills they learn in the classroom program such as doing laundry or cooking are higher, reinforcing the learning, Williamson said. It’s one thing to learn household chores, but it’s another to be depended upon by roommates to do them.

“It improves their self-efficacy,” said Mugoya. “They believe in themselves that they can do things without their parents, and that instills confidence.”

“This has given us an experience of understanding the whole person because we are together,” Croson said. “This is an amazing hands-on experience.”

Information and photos were gathered for this article in spring 2021.

This project is supported by a grant from the National Institute on Disability, Independent Living, and Rehabilitation Research.