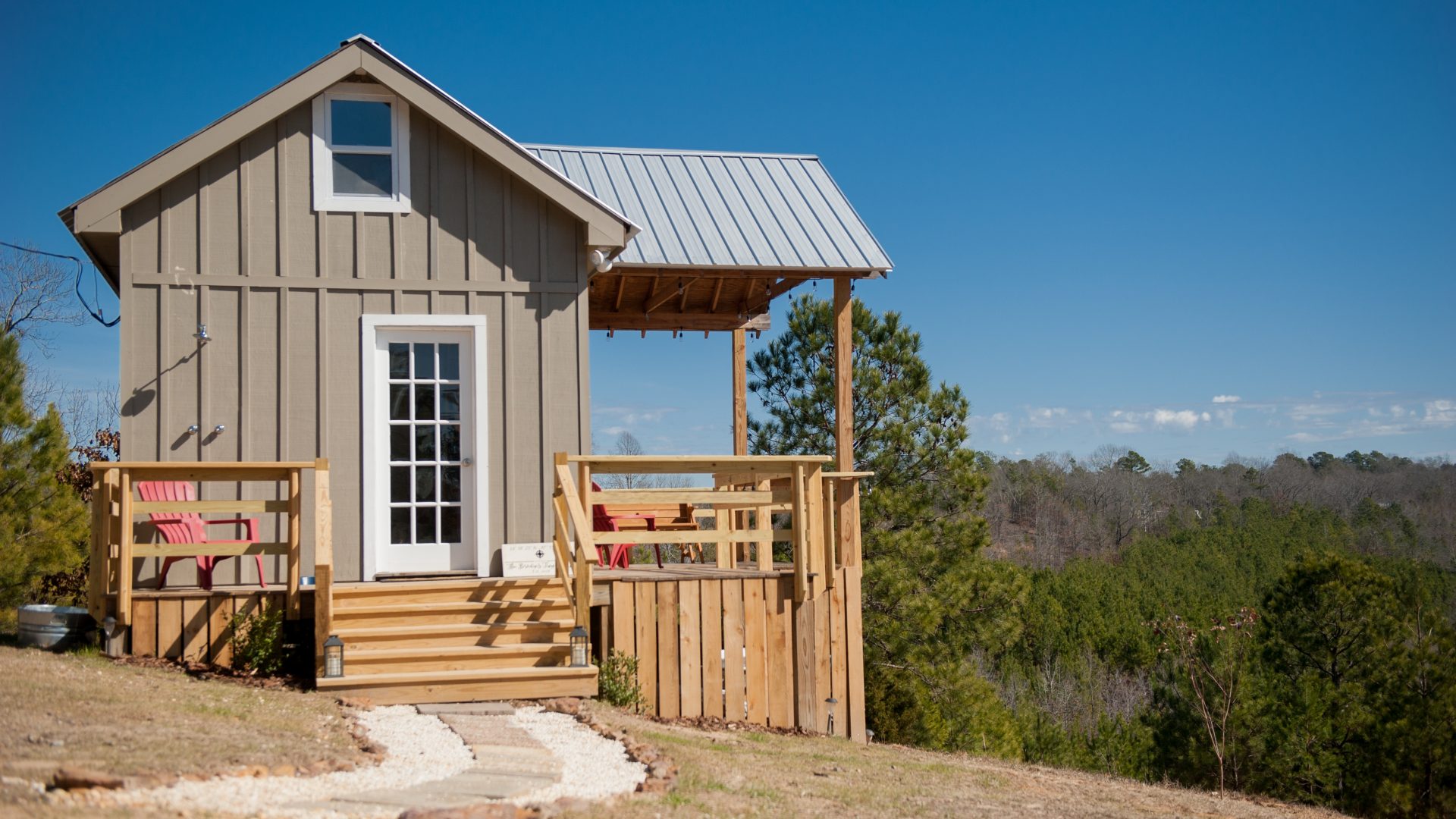 Ever since she was a little girl, Dr. Amanda Espy-Brown, a University of Alabama New College instructor who teaches interdisciplinary science, wanted to live in a tiny house.

“I tried to talk my dad into buying a silo and making a tiny house out of it even before they were a big deal,” said Espy-Brown, a Tuscaloosa native. “I don’t know why; I guess I’ve always liked the idea of living simply and I like cozy places.”

In 2016, after talking to her friend, Joe Patrick, an environmental engineer and geologist, about her dream, he told her “let’s do it,” and by that July they started pouring concrete to lay the foundation for what’s been dubbed the Fayette Tiny House.

Joined by her dad, Isaac Espy, and several others, the weekend warriors worked on the house, located on a 130-acre piece of pine-dotted hillside in Fayette County, nearly every Saturday starting at 6 a.m. Though the tiny house is only 12 feet by 20 feet, building the eco-friendly house with land management and sustainability in mind was a learning experience for all involved.

During the project, Patrick contracted West Nile virus and they took a two- to three-month hiatus.

When he fully recovered, they got back to it and officially finished building the house on Feb. 3, 2018. They celebrated three hours later with a tiny house warming.

The completed home features a kitchen, a bathroom with a standing shower, a loft bedroom accessible by ladder, an open living room, a patio and a porch with an outdoor shower. Outside the house there’s a pool, a picnic area with a portable fire pit, a place to play horseshoes, darts, badminton and young peach trees.

Espy-Brown said now that her living dollhouse is complete, she’s going to miss the time spent with family and friends building it, but her students should fill the void left in her heart and schedule as she uses the house as an educational tool.

“My interdisciplinary science class has been coming out to see land use and look at forestry patterns. We talk about soil, soil erosion and clear cuts – what happens to the soil after a clear cut and how it affects the water. So it’s a big lesson on conservation and how a system works together. If you cut trees, it affects your water, soil. I’m also developing a new class that will use the tiny house and explore how where we live affects who we are.” Dr. Amanda Espy-Brown